Bagging eight wickets in the third and final Test, including a fifer in the first innings, Ishant Sharma joined an elite company of Indian fast bowlers including Kapil Dev (434), Zaheer Khan (311) and Javagal Srinath (236). 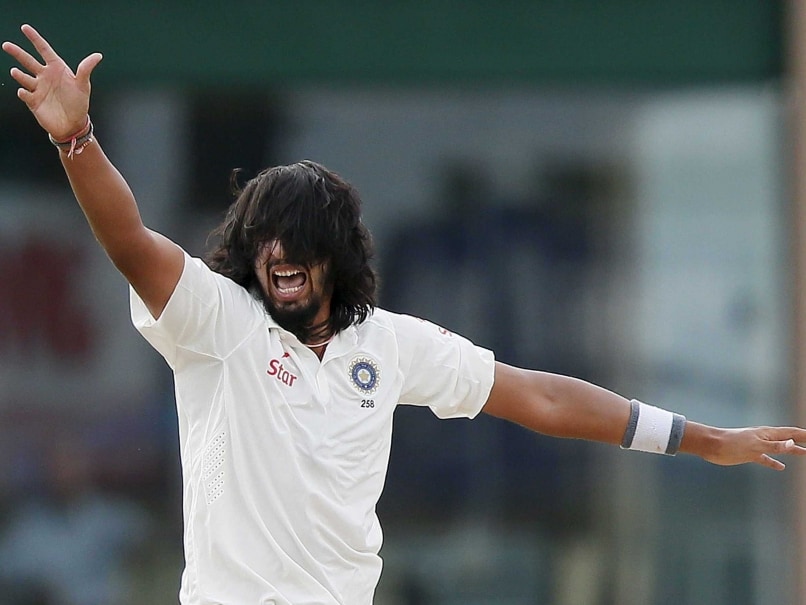 Bagging eight wickets in the third and final Test, including a fifer in the first innings, Ishant joined an elite company of Indian fast bowlers including Kapil Dev (434), Zaheer Khan (311) and Javagal Srinath (236).(India Win Historic Series in Sri Lanka After 22 Years)

Getting the dangerous Mathews (110) back in the pavilion after skipper Virat Kohli took the second new ball, Ishant broke Lankan resistance to enable his team register a 117-run win.(Gavaskar Hails Kohli's Captaincy)

Ishant, who bagged 13 wickets in three matches, also became a part of the Indian side that won on Sri Lankan soil after 22 years. It was also Kohli's first series win as Test captain.(Aggression Key to India's Success in Lanka)

The lanky-pacer, who turns 27 on Wednesday also became only the 11th bowler to claim 200 Test victims under 27 years of age.(India Gain Ground in ICC Rankings After Series Win)

Here are some other statistical highlights on the fifth and final day of the third Test between India and Sri Lanka:

# For the first time, India have won an overseas Test series after trailing behind - losing the Galle Test by 63 runs and winning the next two (as above).

# In all India have won three Test rubbers after trailing the series - the first two being the 1972-73 five-Test series vs England in India and 2000-01 three-Test series vs Australia in India.

# For the fifth time, excluding Zimbabwe and Bangladesh, India have won two Tests in an overseas series.

# For the second time, India have captured all 60 wickets in a three-Test series -= the first instance being vs New Zealand in India in 1988-89.

# The Indian spinners have captured 37 wickets, emulating an Indian record by spinners in an overseas series of three Tests - the first instance being vs England in England in 1971.

# Sri Lanka have won two and lost four out of six Tests played this year in Sri Lanka - the most they have lost in Sri Lanka in a calendar year.

# Ravichandran Ashwin has captured 21 wickets at an average of 18.09 - his best in an away series.Â  He has finished as the leading wicket-taker in the series.

# Ashwin has been adjudged the Player of the Series for the fourth time in Tests.

# Angelo Mathews (110) has registered his seventh hundred in Tests - his second vs India.Â  His first century against India was 102 at Colombo (PSS) in the last Test.

# For the second time, Mathews has recorded centuries in successive Tests - the first instance being 102 at Lord's and 160 at Leeds - both vs England last year.

# Mathews is the fourth Sri Lankan captain after Kumar Sangakkara (130 not out vs Pakistan at Colombo, SSC in 2009), Duleep Mendis (124 vs India at Kandy in 1985-86 and Mahela Jayawardene (123 vs South Africa at Colombo, PSS in 2006) to score a hundred in the fourth innings of a Test match.

# Mathews is averaging 75.71 in the fourth innings - his tally being 530 in 13 innings - the third highest amongst the players with atleast 500 runs next only to the 89.85 by Bruce Mitchell (South Africa) and 86.33 by Jeffrey Stollmeyer

# Mathews remains the only batsman to amass 300 runs in the series - his aggregate being 339 in six innings at an average of 56.50, including two hundreds.

# For the second time in a Test series, Mathews hit two hundreds - the first instance being vs England in 2014.

Comments
Topics mentioned in this article
India Cricket Team Ishant Sharma Sri Lanka vs India 2015 Cricket
Get the latest updates on Fifa Worldcup 2022 and check out  Fifa World Cup Schedule, Stats and Live Cricket Score. Like us on Facebook or follow us on Twitter for more sports updates. You can also download the NDTV Cricket app for Android or iOS.