India in Sri Lanka: Ajinkya Rahane's Knock Took The Game Away From us, Says Dhammika Prasad

Sri Lankan pacer Dhammika Prasad said Ajinkya Rahane's knock took the game away from us but added that the hosts can still get a positive result if they bat well on the final day. 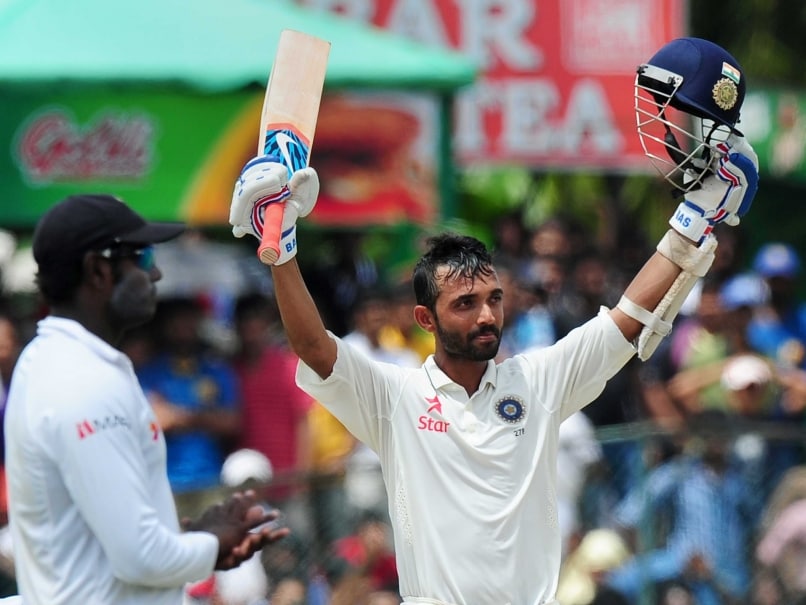 Sri Lankan pacer Dhammika Prasad said his side is in a good position to earn a draw or even a win the second Test match against India if they can bat positively on the fifth and final day tomorrow. (SCORECARD) (REPORT)

Sri Lanka need 341 more runs with eight wickets in hand for a victory while chasing a stiff target of 413. (Sangakkara One of the Game's All-Time Greats: Gavaskar)

"We do well when we bat positively," said Prasad. "Maybe if we're chasing the score, we will be able to put pressure on the opposition by batting positively. We plan to bat positively from the start of the match. If you take the wicket, the spinners are more difficult to face. There is turn. But the two batsmen (Dimuth Karunaratne and skipper Angelo Mathews) are playing very well. We trust them as a team. Tomorrow we hope to bring the match to a good position," he added. (Kumar Sangakkara Acknowledges Years of Love and Appreciation)

Ajinkya Rahane scored his fourth Test hundred to take helped India declare at 325/8. Prasad heaped praise on Rahane's batting and said, "In this innings, he batted really well. We knew anything up to 350 is going to be a good target for any team. They thought that that's not enough. That's why they batted till 400," said Prasad.

Prasad admitted that the pitch was slow.

"It's a slow track when you get to the second innings. I just tried to bowl in good areas. When the tailenders came to bat I tried a few short balls. That worked for me," he said.

India were able to take two wickets today before stumps, with one of them being retiring Kumar Sangakkara, who was out for just 18 runs in his last Test innings, and Prasad said it was sad that the legendary cricketer did not get enough runs.

"We had thought he would get a big score. Unfortunately he didn't. But there was no change in the dressing room. The only change was in the cricketers' hearts. It's a very sad day, as we don't get to play with him after this," said the pacer.

Comments
Topics mentioned in this article
Ajinkya Rahane Dhammika Prasad India Cricket Team Sri Lanka Cricket Team Sri Lanka vs India 2015 Cricket
Get the latest updates on ICC T20 Worldcup 2022 and CWG 2022 check out the Schedule, Live Score and Medals Tally. Like us on Facebook or follow us on Twitter for more sports updates. You can also download the NDTV Cricket app for Android or iOS.