Can Ravichandran Ashwin Continue his Domination on Foreign Shores?

KL Rahul may have been adjudged the Man of the Match in the just concluded Colombo Test, but it is R Ashwin who is being credited for India's amazing turnaround. So what has helped the 28-year-old turn around his fortunes in the last few months? We try to find out. 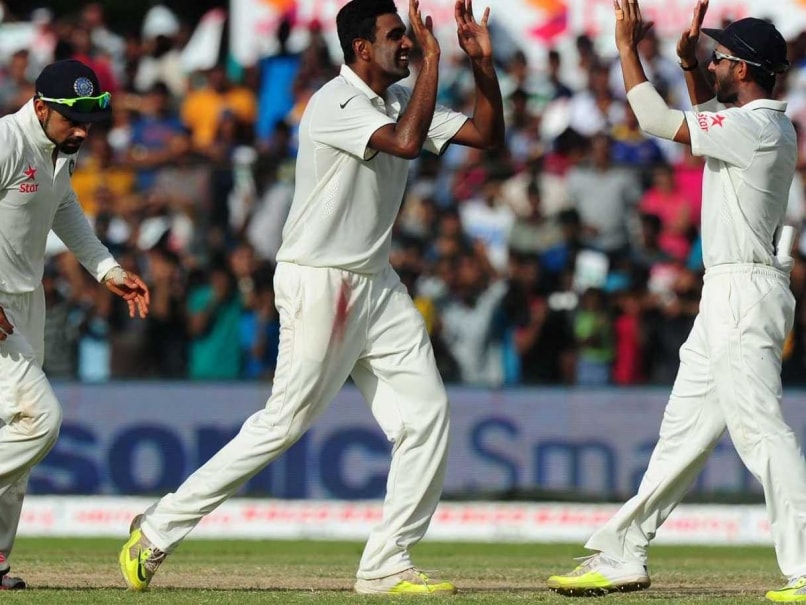 Ravichandran Ashwin is the reason India has dominated Sri Lanka on most days during the ongoing Test series. In fact Captain Kohli was so sure of his wicket-taking ability that late on Saturday, after setting Lanka a target of 413, he tossed the ball to the Chennai spinner. Ashwin vindicated that faith by first removing Kaushal Silva and then, Kumar Sangakkara.(Ashwin 8th in ICC Rankings)

"He has been a champion bowler for us. He has been taking wickets for us everywhere. Even in Australia this time around he was more aggressive with the ball," says Virat Kohli.(Ashwin Credits Stability)

"He is an asset to have for any team. A spinner of that quality, with that kind of mindset is a weapon that any captain would love to have in his team."

Sunil Gavaskar has written in his column that Ashwin's hold over Kumar Sangakkara was the prime reason why the hosts have failed to get big totals vs India in the series. He has picked Sanga as many as four times in this series.

Sangakkara admits that Ashwin is a potent weapon in India's arsenal.

"He has the weapon in his armoury to counterattack. When someone starts sweeping, you will see him bowl a bit quicker, a bit fuller at the stumps. When it is turning you will see him vary his pace and try to get the ball to turn. His seam position is fantastic. He seems to be thinking all the time," he said.

R Ashwin had a super start to his test career, making his debut in 2011. He got to 100 wickets in his first 18 Tests, the fastest in the history of Indian cricket. Interestingly, only 3 of those 18 Tests were played outside India. So is Ashwin's mastery limited to only spin conducive wickets in the sub-continent? The stats seem to suggest so.

In the last two years, Ashwin's overseas performances haven't done any good to his reputation. His career graph dipped particularly during the tour of South Africa. He was dropped in New Zealand, took 3 wickets in 2 Tests vs England and 12 wickets in 3 matches vs Australia.

But, Ashwin's last overseas tour to Australia seem to suggest that his overseas performance was on an upward trend. And it was all down to the subtle changes he made to his bowling style. Muttiah Muralitharan, the star Lankan bowler says, " The change for Ashwin is that he is flighting the ball. That is the most important thing in test cricket. Because at times you got to bowl quicker."

Ashwin has taken 41 wickets in his last 9 Tests, 17 of which have come in the two Tests in Galle and Colombo. Murali feels that he can go onto take 700 plus wickets but the trick would be to start making impact abroad.

"Ashwin has to set a field of his own. If the captain sets a field and he bowls to that, obviously he he sacrificing his line of thinking. It is almost like backseat driving. Of late he is developing that aspect, " says Erapalli Prasanna.

In fact Sangakkara says, "It is a great challenge to play against him and it will be interesting to see how the boys get on against him in the next innings."

While Ashwin's record column continues to improve, the real challenge for the Chennai off-spinner will be to pick wickets on the shores that have traditionally been tough to conquer.