Sri Lanka conceded a 101-run lead to India's first innings score of 312. And later in the fourth innings, the islanders were bowled out for 268 chasing a target of 386. 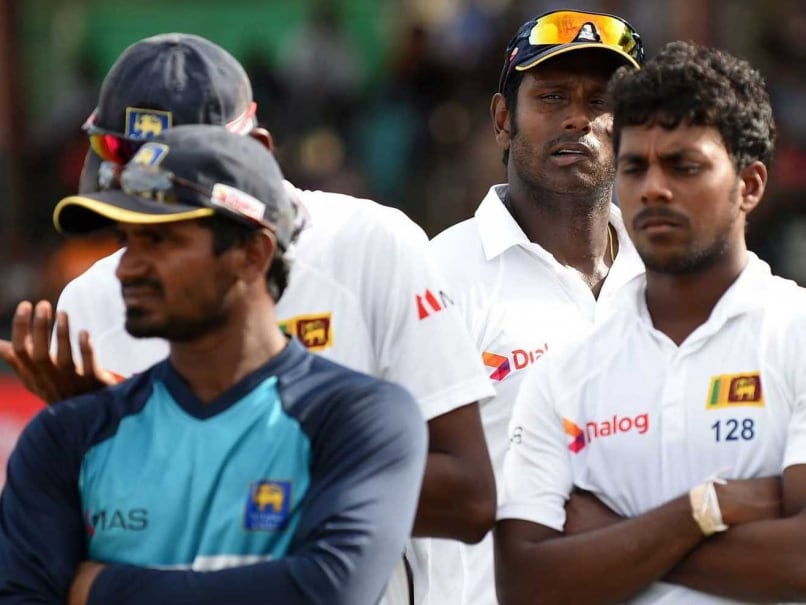 The Sri Lankan team at the presentation after losing the series vs India.© AFP
Colombo:

Sri Lanka conceded a 101-run lead to India's first innings score of 312. And later in the fourth innings, the islanders were bowled out for 268 chasing a target of 386.(Kohli Lauds Team India)

"Disappointed (after losing the game), especially after winning a crucial toss and them batting in demanding conditions. Our batting flopped again. The bowlers did a good job throughout the match, but we weren't really up to the mark with the bat," regretted Mathews at the post-match presentation ceremony.('Catches Win Matches')

"We could have kept them under 300 in the first innings. The bowlers bowled pretty well, but India batted well. Our first innings batting was crucial, we needed to get close to 300," he added.(Tendulkar, Kumble Congratulate Team India)

The 28-year-old then said that if he and Kusal Perera -- who had put on a partnership of 135 runs for the sixth wicket in the second innings -- could have carried on a little longer, the result could have been quite different.('Kohli a Proactive Captain')

"Thought if me and Kusal could have stayed there longer, it could have been different. But they bowled really well and are the deserved winners," he said.

Comments
Topics mentioned in this article
Sri Lanka Cricket Team Angelo Mathews Sri Lanka vs India 2015 Cricket
Get the latest updates on Fifa Worldcup 2022 and check out  Fifa World Cup Schedule, Stats and Live Cricket Score. Like us on Facebook or follow us on Twitter for more sports updates. You can also download the NDTV Cricket app for Android or iOS.