Aggression is the Keyword in India's Conquest of Sri Lanka

India's series win in Sri Lanka is important for a variety of reasons. Not only is it a rare overseas series win but an indicator that the young Indian team is on the right track. 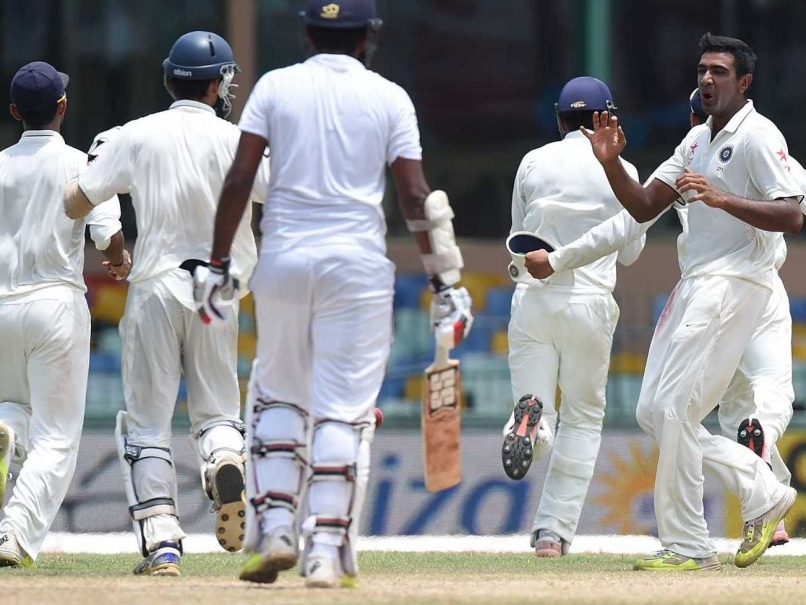 India celebrate a wicket on Day 5 in Colombo.© AFP

According to Australian coach Darren Lehmann, winning an overseas Test series has become the holy grail for international cricket teams. Lehmann's statement sums up the phase international cricket is going through at the moment. The era of one team domination is long gone and winning abroad is much more difficult, and that is what makes India's 2-1 series win vs Sri Lanka extra special. After all, it's an overseas Test series win by a very young Indian team in challenging circumstances.(Match Report | Scorecard| Highlights)

India's tour of Sri Lanka began on an extremely frustrating note. Chasing a mere 176 to win, India were bowled out for a paltry 112, thanks largely to Rangana Herath. The visitors were 0-1 down and their brand of aggressive cricket was questioned. Virat Kohli in fact admitted, "The loss in the first Test hurt us a lot."(Kohli Lauds Team India)

Virat and his team though didn't change their attitude. They used the disappointment of the loss as motivation to bounce right back in the second Test. Stellar performances by Virat, Ajinkya Rahane, Ashwin and Amit Mishra took India to a big 278 run win as the series was levelled. Virat later said, "We believed we could turn the series around."('Catches Win Matches')

It was in the 3rd Test though that the young Indian team really showed what they are made of, dominating all 5 days of the match against a gritty opposition, to pull off a win that didn't just give them a series win, but an incredibly important overseas Test series win.(Tendulkar, Kumble Congratulate Team India)

The 2-1 win is in fact India's first overseas Test series triumph since 2011, when they beat West Indies 1-0 in the Windies' own backyard. It is also the first time that India has come back from being 0-1 down to win an overseas Test series.('Kohli a Proactive Captain')

The series win is in many ways vindication for Virat Kohli as well. The aggressive young Indian Test captain now has his first series win and he has got it on his own terms. Kohli though played down his contribution as skipper, saying, "I wouldn't say that I have grown up, because now if I lose a series I will be made to feel like a child. Whatever mistakes I make will be corrected in the future."(Mathews Rues Batting Failure)

Kohli's on-field aggression though was contagious. He asked his team to play fearless, passionate, aggressive cricket and someone like Ishant Sharma answered that call 100%, risking suspension as he got under the Lankan players' skins and rattled the islanders. Kohli later said that Ishant's run-ins had come at the right time for the team, since it fired up their pace spearhead. Kohli, a big fan of aggressive cricket added, "An angry fast bowler is a captain's delight."(India Gain Ground in ICC Test Rankings)

Cheteshwar Pujara might have won the Man of the Match award, but Ishant's 8/86 in the 3rd Test will never be forgotten.

When asked about this famous win, Ishant, who completed 200 Test wickets in the 3rd Test said, "The good thing about this team is that we are always positive."

The 2-1 series win for India also ends a win drought for the team in Test cricket. This is India's first series win since November 2013.

In fact, since the 2011 World Cup, this is just India's second Test series win in 9 series. The signs though are good for this very young, yet inspired group of cricketers who revel in each others' success. Ajinkya Rahane, who scored a century in the 2nd Test, echoed that sentiment, saying, "The trust and belief in each other gave us the momentum to get this victory."

India now have their second series win in Sri Lanka, but more importantly they have a bunch of cricketers who believe they can play the style of cricket they like, and win anywhere.