Virat Kohli broke a plethora of records after notching up his 35th ODI century and now is on the brink of adding another feather to his already illustrious cap. 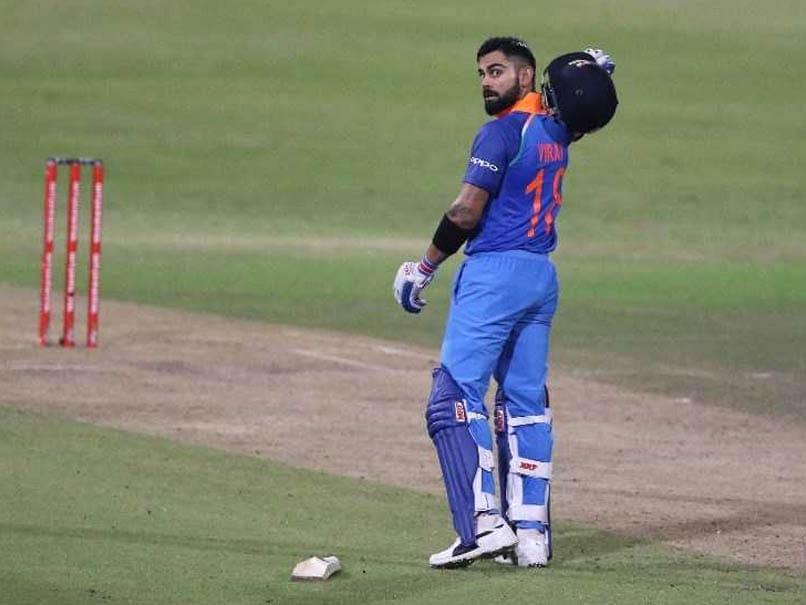 Virat Kohli is 130 runs away from reaching a total of 1,000 runs on the South Africa tour.© BCCI

Virat Kohli is well and truly on his way to break most batting records in world cricket, there is no denying that. The Indian skipper is in the form of his life and no team seems capable of stopping his scoring spree. South Africa was being viewed as an acid test for the Indian run machine, and not only has he passed that test but aced it. During the sixth and final match of the ODI series against South Africa, Kohli smashed his 35th century and in the process broke a plethora of records and now he can add another feather to his already illustrious cap.

Kohli is 130 runs away from scoring 1,000 runs in total in South Africa, which would make him only the second batsman in the history of cricket to do so on an international tour.

The Indian skipper was the top run-getter in the Test series with 286 runs and then became the first ever batsman to score 500 runs in a bilateral series, ending with a mammoth 558 runs. In the first T20I in Johannesburg, Kohli managed 26 taking his aggregate on the South Africa tour to 870.

Only West Indian legend Viv Richards has managed to score 1,000 or more runs on an international tour, achieving the feat in 1976 when he plundered a total of 1,045 runs on West Indies' tour to England.

The West Indian great had scored 216 runs in ODIs and a whopping 829 runs in four Tests.

Cricket great Don Bradman had scored a total of 974 runs in five Tests in Australia's tour to England but since there were no ODIs at that time, he couldn't breach the 1000-run mark on an international tour.

In the Tests against South Africa, Kohli registered a high score of 153 with a century and a half-century to his name in the series. However, the Indian skipper took his game to another level in the ODIs, decimating the South Africans single-handedly.

The second T20I between India and South Africa will be played on Wednesday at Centurion while Newlands, Cape Town will host the final match of the tour on February 24.

Comments
Topics mentioned in this article
India Cricket Team South Africa Cricket Team Virat Kohli Isaac Vivian Alexander Richards South Africa vs India 2018 Cricket
Get the latest updates on ICC Women's Cricket World Cup 2022 and IPL 2022, check out the Schedule , Live Score and IPL Points Table. Like us on Facebook or follow us on Twitter for more sports updates. You can also download the NDTV Cricket app for Android or iOS.