The last quarter of 2018 was studded with many happy occasions for Indian sports stars. 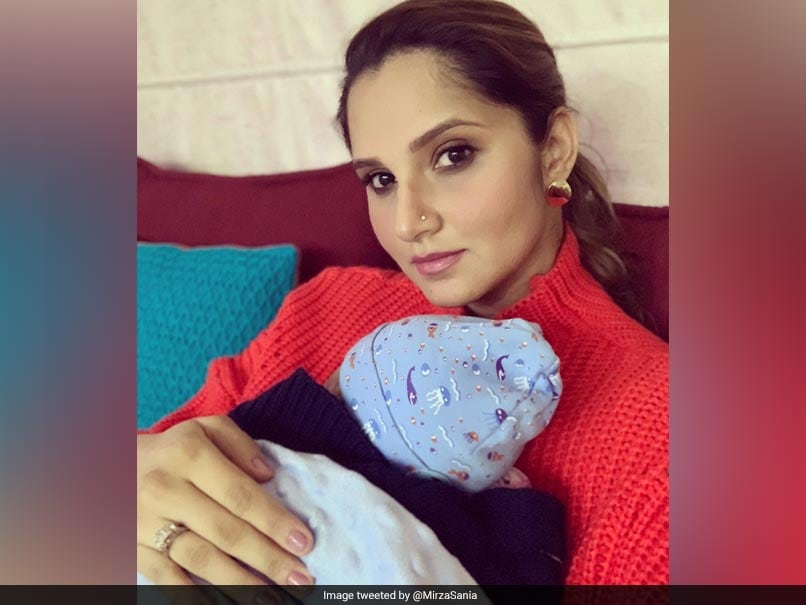 Sania Mirza and Shoaib Malik were blessed with a baby boy on October 30.© Twitter

In the life of a sportsperson, breaking records, winning medals and accolades for the country are considered to be the ultimate goals. However, with the rise of social media in the last few years, many sports stars have been able to share powerful messages, update fans with what's new in their lives and provide glimpses into their private worlds. Some of these stars use social media as a way to share a selfie or two, while some share the other aspects of their lives like marriage, the birth of a child or other important days.

The year 2018 saw a lot of Indian sports stars make a huge impact on the international stage but it was also the year when many of them achieved certain milestones in their personal lives.

The wedding fervour for the year 2018 kick-started with Virat Kohli and Anushka Sharma getting hitched in the last month of 2017 but there were other life events too that made the headlines this year. Let's have a look at some of them.

The birth of Izhaan Mirza Malik

Indian tennis star Sania Mirza and Pakistani cricketer Shoaib Malik were blessed with their son Izhaan Mirza Malik on October 30. “Excited to announce: It's a boy, and my girl is doing great and keeping strong as usual #Alhumdulilah. Thank you for the wishes and Duas, we are humbled. #BabyMirzaMalik,” Shoaib Malik wrote on Twitter.

Sania, who took a break after undergoing surgery has not played this year and later confirmed a lengthier time out after confirming the news of her pregnancy. Sania clarified that she is aiming to be back on the court for the 2020 Tokyo Olympics.

India football captain Sunil Chhetri and Sonam Bhattacherjee celebrated their first wedding anniversary on December 4. The couple played a game of "keepy-uppies" to ring in their marriage anniversary.

Brought in the anniversary with a few keepy-uppies. We should be able to celebrate the second one with a football instead of a balloon. pic.twitter.com/IHFzEvmzMr

Chhetri posted a fun video with his wife on social media and wrote: "Brought in the anniversary with a few keepy-uppies. We should be able to celebrate the second one with a football instead of a balloon."

Virat Kohli and Anushka Sharma celebrated their first wedding anniversary with mushy posts on Twitter and Instagram on December 11.

Virat and Anushka shared the never-seen-before pictures from their dreamy destination wedding and unseen footage from the wedding ceremony at the Borgo Finocchieto.

The couple also sent out adorable messages to each other with their posts. "It's heaven, when you don't sense time passing by... It's heaven, when you marry a good 'man'," wrote Anushka while Virat added: "Can't believe it's been a year already because it feels like it happened just yesterday. Time has truly flown by. Happy anniversary to my best friend and my soulmate. Mine forever."

Star wrestler Vinesh Phogat tied the knot with national level wrestler Somvir Rathee in Haryana on December 13. Vinesh got engaged to Rathee in August after she returned from a successful campaign at the Asian Games in Jakarta. Interestingly, the engagement took place upon her return from Jakarta at the Indira Gandhi International Airport in New Delhi. The rings were exchanged outside the arrival gates of the airport.

At their wedding, the couple took an additional vow "beti bachao, beti padhao, beti khilao (save daughters, teach daughters and let them play)" during the wedding ceremony in Vinesh's hometown Charkhi Dadri.

Saina Nehwal and Parupalli Kashyap made a perfect match

Ace badminton star Saina Nehwal tied the knot with Parupalli Kashyap in a minimalistic wedding ceremony on December 14 in Hyderabad.

Both Saina and Kashyap could not qualify for the BWF World Tour Finals in Guangzhou, China and ahead of the new PBL season, the two decided to tie the knot in the little window they got out from their professional commitments.

Saina posted a photograph with Kashyap announcing her marriage. "Best match of my life...#justmarried," she wrote on Twitter.

Virat Kohli Shoaib Malik Sania Mirza Saina Nehwal Parupalli Kashyap Sunil Chhetri Wrestling Cricket Tennis Badminton Football
Get the latest updates on India vs South Africa and check out  Schedule, Results and Live Score. Like us on Facebook or follow us on Twitter for more sports updates. You can also download the NDTV Cricket app for Android or iOS.