Saina Nehwal had tied the knot with Kashyap Parupalli on December 14, 2018. 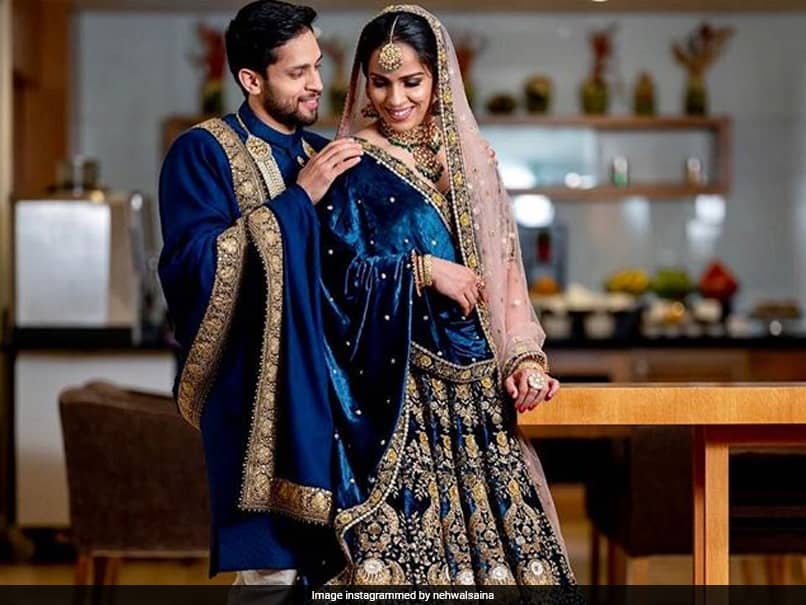 Saina Nehwal, premier Indian shuttler, shared her wedding repection memories with Kashyap Parupalli on Twitter. A few days after the Indian shuttlers held their marriage reception, Saina posted few videos from the occasion on Saturday. In the videos, Saina and Kashyap can be seen sharing happy moments while they were greeted by family, relatives and celebrities on the occasion. The couple were also seen cutting their wedding cake during the reception celebration. The 28-year-old Saina captioned the videos as "wedding reception memories."

The couple had got married on December 14 and announced about the same on Twitter.

Both the badminton stars had extended their wedding invitations to coach Pullela Gopichand and other celebrities along with some ministers.

They have been training with Gopichand since 2005 and were reportedly dating for the past 10 years.

Nehwal had confirmed the news of their wedding in October, putting all rumours to rest.

Saina, had said that she had started dating Kashyap, 32, in 2007 after they began going on tours together but had delayed the marriage in order to focus on their careers.

As for Kashyap, he had reached a career-high ranking of World No.6 before injuries stopped his rise in the men's circuit.

Kashyap, last played Syed Modi International 2018 tournament in November where he reached the the quarterfinal stages of the tournament.

Kashyap crashed out after suffering a 16-21, 19-21 loss to Sitthikom Thammasin of Thailand in a match that lasted 44 minutes.

Comments
Topics mentioned in this article
Saina Nehwal Parupalli Kashyap Badminton
Get the latest updates on India vs England Series, India vs England , live score and IPL 2021 Auction . Like us on Facebook or follow us on Twitter for more sports updates. You can also download the NDTV Cricket app for Android or iOS.