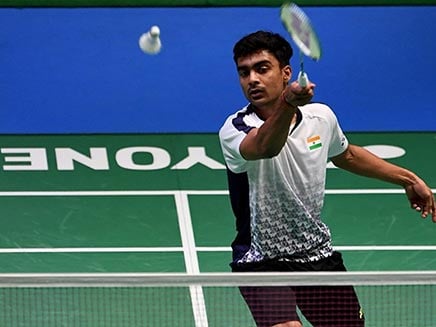 Defending champion Sameer Verma progressed to the men's singles quarterfinals of the Syed Modi International World Super Tour 300 on Thursday. Third-seeded Sameer Verma defeated China's Zhao Junpeng 22-20, 21-17 in a clash that lasted 39 minutes. He will now meet China's Zhou Zeqi in the quarterfinals. Apart from Sameer, Saina Nehwal and Parupalli Kashyap also entered the quarterfinals of the tournament, registering wins in their respective round of 16 clashes. Second-seeded Saina, who is a three-time winner of Syed Modi International, eased past compatriot Amolika Singh Sisodiya 21-14, 21-9. The 2012 and 2015 champion Kashyap, on the other hand, recovered from a game down to see off Indonesia's Firman Abdul Kholik 9-21, 22-20, 21-8.

Earlier in the women's singles pre-quarters, Saina dominated Amolika throughout the match. After comfortably winning the first game 21-14, Saina did not take much time to win the second game 9-21.

Saina will next face eighth-seeded compatriot Rituparna Das, who defeated Shruti Mundada 21-11, 21-15 in a one-sided clash.

In the other men's singles round of 16, Kashyap had a rather tough outing against his Indonesian opponent. The 32-year-old Indian started off poorly against Abdul, losing the first game 9-21. However, Kashyap bounced back in the second game, securing a narrow 22-20 win.

In the third and final game, Kashyap did not let his opponent settle, taking points at ease and cruised towards the victory. Kashyap will next meet Thailand's Sitthikom Thammasin.

In the other men's singles match, B Sai Praneeth beat Indonesia's Shesar Hiren Rhustavito 21-12, 21-10. He will take on China's Lu Guangzu in the quarterfinals.

Comments
Topics mentioned in this article
Saina Nehwal Parupalli Kashyap Sameer Verma Badminton
Get the latest Cricket news, check out the India cricket schedule, Cricket live score . Like us on Facebook or follow us on Twitter for more sports updates. You can also download the NDTV Cricket app for Android or iOS.