Anita DeFrantz was welcomed at her first Executive Board (EB) meeting as first vice-president on Wednesday by IOC president Thomas Bach. 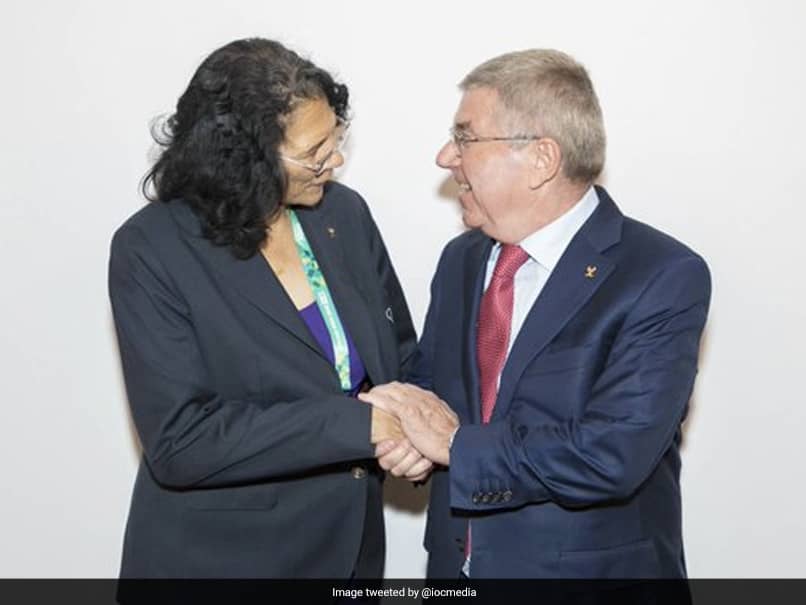 Former Olympian Anita DeFrantz took office as the first vice-president of the International Olympic Committee (IOC) on Wednesday. She was welcomed at her first Executive Board (EB) meeting as first vice-president on Wednesday by IOC president Thomas Bach. After becoming the first-ever woman to hold this role during her first term as IOC vice-president (1997-2001), she now holds the position for the second time. "My life has been about creating opportunities and making sure people unjustly prevented from having opportunities would be able to have them," DeFrantz said in a statement.

After winning an Olympic bronze medal in rowing at the Olympic Games Montreal 1976, DeFrantz was primed to compete again at Moscow 1980 but was frustrated by the US decision to boycott the Games in protest against the Soviet invasion of Afghanistan.

Much like president Bach in West Germany, where the debate was on whether to follow the US lead, she was an outspoken advocate against the boycott, trying to make her country's authorities understand how it would shatter countless Olympic dreams. She ultimately sued for the right to compete but lost that case.

The unsuccessful battle gave the two extra strength to vow that the athletes' voice should never be ignored again, and has led to both now serving in the two highest offices of the IOC.

"The year 1980 certainly changed my life in many ways. Becoming an IOC Member never crossed my mind, but the path I took led me to that opportunity. For me, to be serving right next to another athlete who was denied the opportunity to compete at those Games means a lot. It means we will never let an athlete be denied that opportunity again. It''s a great responsibility," she explained.

A four-time finalist and silver medallist at the World Rowing Championships in 1978, DeFrantz eventually received a medal in Moscow in 1980 - the Olympic Order awarded by the IOC Session in the Russian capital for her support to the Olympic Movement.

"I sometimes tease people saying I was the only American to receive a medal in Moscow in 1980," she joked.