Olympics chief Thomas Bach agreed that 2021 was the "last option" for holding the delayed Tokyo Games, stressing that postponement cannot go on forever. 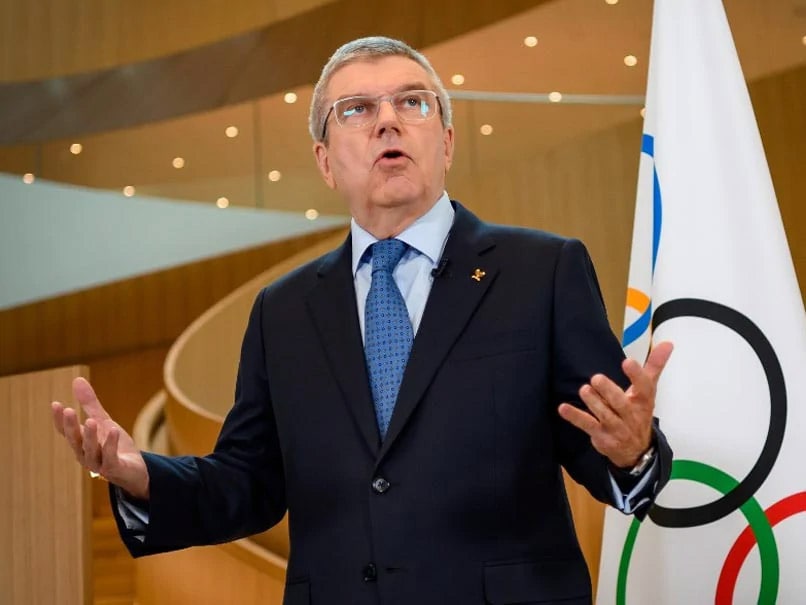 The IOC chief Thomas Bach said it was a "mammoth task" to reorganise the Olympics.© AFP

Olympics chief Thomas Bachagreed that 2021 was the "last option" for holding the delayed Tokyo Games on Thursday, stressing that postponement cannot go on forever. Bach said he backed Japan's stance that the Games will have to be cancelled if the coronavirus pandemic isn't under control by next year. In March, the Tokyo 2020 Olympics were postponedto July 23, 2021 over the coronavirus, which has killed hundreds of thousands around the world and halted international sport and travel.

"Quite frankly, I have some understanding for (Japan's position) because you cannot forever employ 3,000, or 5,000, people in an organising committee," Bach, president of the International Olympic Committee, told the BBC.

"You cannot every year change the entire sports schedule worldwide for all the major federations.

The IOC leader said it was a "mammoth task" to reorganise the Olympics, which have never been cancelled outside of the world wars.

However, Japanese officials have been clear that they have no intention of postponing the Games again beyond next year.

Bach warned that "nobody knows" how the situation will play out, but said the IOC will act on advice from the World Health Organization.

"We have established one principle, and this is to organise these Games in a safe environment for all the participants," he said.

"Nobody knows what the world will look like in one year and two months from today, so we have to rely on (the experts)."

Bach wouldn't say whether a vaccine was a prerequisite for going ahead with the Olympics, but was lukewarm on the idea of holding them without fans.

"This is not what we want," he said. "Because the Olympic spirit is about also uniting the fans and this is what makes the Games so unique that they're in an Olympic stadium, all the fans from all over the world are together.

"But when it then would come to the decision... I would ask you to give me some more time for consultation with the athletes, with the World Health Organisation, with the Japanese partners."

The IOC has already set aside $800 million to help organisers and sports federations meet the extra costs of a postponed Olympics.

But Bach said there should be "no taboo" in cutting costs for next year's Games.

"They will definitely be different, and they have to be different," he said. "If we all have learned something during this crisis, (it is) to look to the essentials and not so much on the nice-to-have things.

"So this concentration on the essentials should be reflected in the organisation of these Games... there should be no taboo.