Somdev Devvarman composed a song to hail Neeraj Chopra's heroics at Tokyo Olympics and sang it alongside Sunil Gavaskar, Ashish Nehra and others. 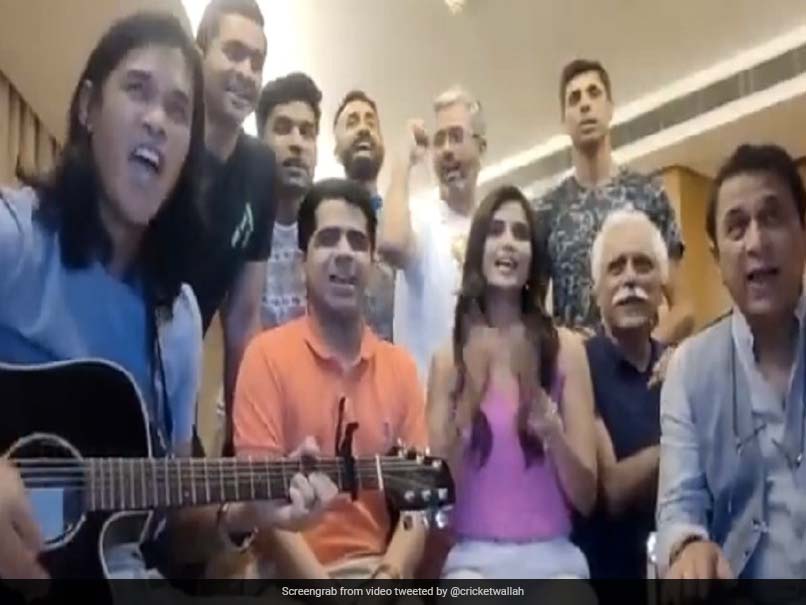 Neeraj Chopra created history on Saturday with a gold medal in men's javelin throw at the Tokyo Olympics. The 23-year-old athlete from Panipat came up with a best attempt of 87.58m on the night and eased to the title in Saturday's final, becoming the first-ever Indian to win an Olympic gold in athletics. He also became the second Indian to win an individual gold medal at the Olympic Games, joining shooter Abhinav Bindra in the exclusive list.

Chopra's victory led to celebrations back home in India in what was the 10th gold medal in the country's Olympic history. As politicians and celebrities paid tribute to Chopra's historic achievement, former Indian tennis star Somdev Devvarman found his own unique way to do so.

Somdev let the creative juices flow and composed a song to salute Chopra's heroics in Tokyo. The song, which he sung alongside former India cricketers Sunil Gavaskar and Ashish Nehra as well as his colleagues in the broadcast team where he is working as a pundit during these Games, was posted on Twitter by journalist Ayaz Memon on Twitter on Sunday morning.

In the video, Somdev is seen playing the guitar as he sings alongside Gavaskar, Nehra and others. The song also has a reference to Germany's Johannes Vetter, former world champion and Chopra's biggest rival, who finished a disappointing 9th in the final.

Celebrations for @Neeraj_chopra1's gold medal continued till the wee hours in my room with some stellar guests joining @SomdevD in singing the tribute he wrote and composed for India's Olympics hero pic.twitter.com/MNZWXz1qtb

Here's how the song goes...

He's better than Vetter, I don't care what you're told

'Coz Neeraj Chopra, he's bringing us a gold

Neeraj Chopra, he is bringing home the gold

Ashish Nehra Somdev Devvarman Olympics
Get the latest updates on IPL 2021, check out the IPL 2021 Schedule and Indian Premier League Live Score . Like us on Facebook or follow us on Twitter for more sports updates. You can also download the NDTV Cricket app for Android or iOS.