Prime Minister Narendra Modi took to Twitter to congratulate Bhavinaben Patel and wish her the best for the table tennis Class 4 final on Sunday. 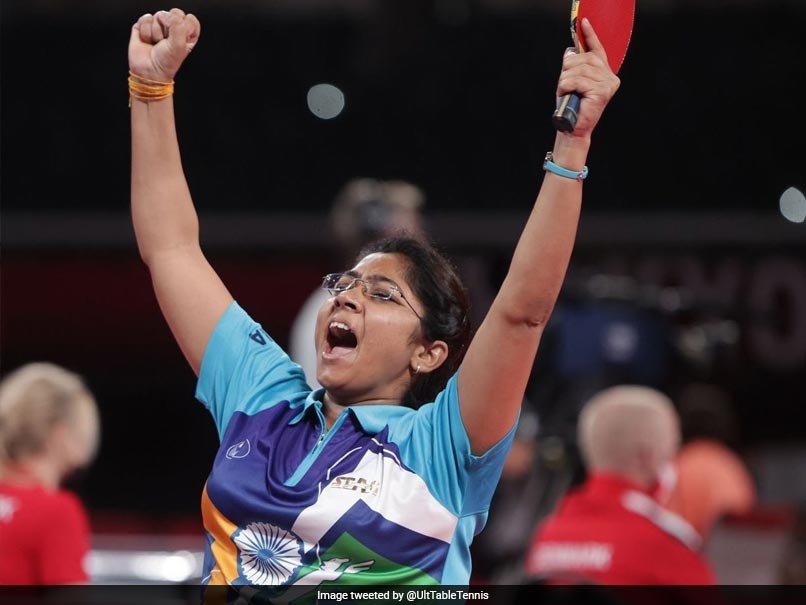 Bhavinaben Patel became the first Indian to reach the final of a table tennis event at the Paralympics when she defeated China's Miao Zhang in a closely-fought Class 4 semifinal in Tokyo on Saturday. Patel, 34, beat her Chinese opponent 7-11, 11-7, 11-4, 9-11, 11-8 in the thrilling semifinal clash that lasted just over half an hour. In the process, Bhavinaben Patel assured India of at least a silver medal from the event. She will next face Ying Zhou of China in the title clash on Sunday.

Reacting to Patel's historic semifinal win on Saturday, Prime Minister Narendra Modi took to Twitter to congratulate the paddler and wish her the best for the final on Sunday.

"The entire nation is praying for your success and will be cheering for you tomorrow. Give your best and play without any pressure. Your accomplishments inspire the entire nation. #Paralympics," he added in the tweet.

The entire nation is praying for your success and will be cheering for you tomorrow. Give your best and play without any pressure. Your accomplishments inspire the entire nation. #Paralympics

Earlier in the competition, Patel had defeated Rio Paralympics gold medal winner and world number two Borislava Peric Rankovic of Serbia in the quarterfinals on Friday to book her place in the semis.

Following her semifinal win on Saturday, Patel said she is "mentally ready" for the final.

"If I keep on performing like this, I will definitely win the gold medal. I never thought of reaching the finals and only concentrated on giving my 100 per cent and I did that only," she said in a video by the Paralympic Committee of India (PCI).

"And when you give your 100 per cent you can win a medal. I am mentally ready for the finals and I just want to give my 100 per cent," she added.

Comments
Topics mentioned in this article
Olympics 2020 India
Get the latest updates on T20 World Cup, check out the T20 World Cup Schedule and Live Score . Like us on Facebook or follow us on Twitter for more sports updates. You can also download the NDTV Cricket app for Android or iOS.