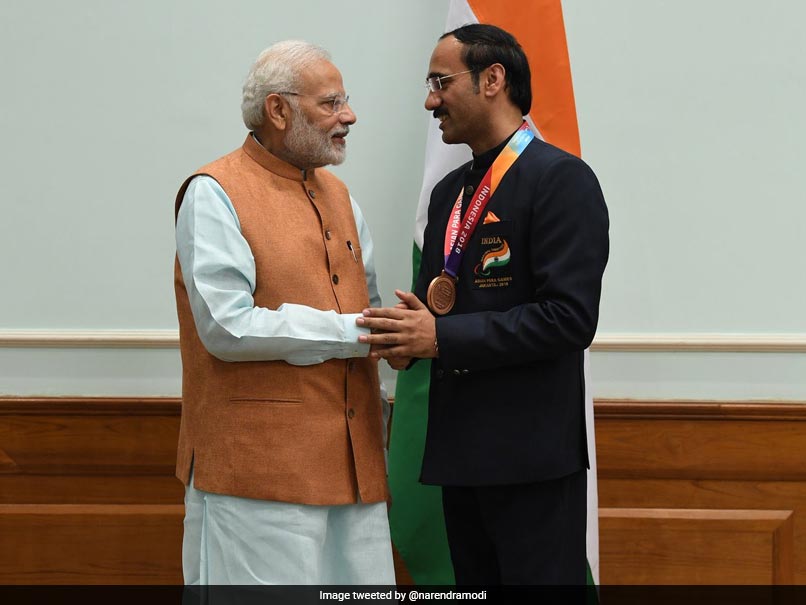 Shooter Singhraj Adhana, who wrapped up his debut Paralympics campaign with two medals, on Saturday said his dream of seeing the Indian flag flying the highest in his event has been fulfilled. While Adana took the silver, the gold went to 19-year-old Manish Narwal as the two shooters made it a sensational one-two finish for the country in the event. The 39-year-old Adana, who had won a bronze in the men's 10m air pistol SH1, added a mixed 50m pistol SH1 silver to his haul, making him only the second athlete in the ongoing Paralympics who has won two medals, Avani Lekhara being the other.

"I was delighted when I saw our flag being raised with the national anthem. I will always remember the Tokyo Paralympics with my bronze and silver," Adana said after his silver-winning performance.

"I always dreamt about seeing the Indian flag flying the highest, that dream has been fulfilled today. I will also remember everyone's blessings and love. A huge thanks to my coaches and staff," added Adana who competes with polio-impaired lower limbs.

Narwal, who holds the world record in the category, smashed the Paralympic record to claim the yellow metal in his debut Games.

"I want to thank my family, coaches and all the Indians from the bottom of my heart for this medal," Narwal said.

The teenager, who has an impairment in his right hand, had made a brilliant start to his Paralympic campaign, topping the qualification round in the P1 men's 10m air pistol SH1 earlier this week but couldn't build on it as he finished seventh in the event.

However, in the mixed event, in which he also holds the world record, he held his nerves when it mattered most to stand on top of the podium.

Comments
Topics mentioned in this article
Olympics 2020 Olympics India Shooting
Get the latest updates on IPL 2021, check out the IPL 2021 Schedule and Indian Premier League Live Score . Like us on Facebook or follow us on Twitter for more sports updates. You can also download the NDTV Cricket app for Android or iOS.