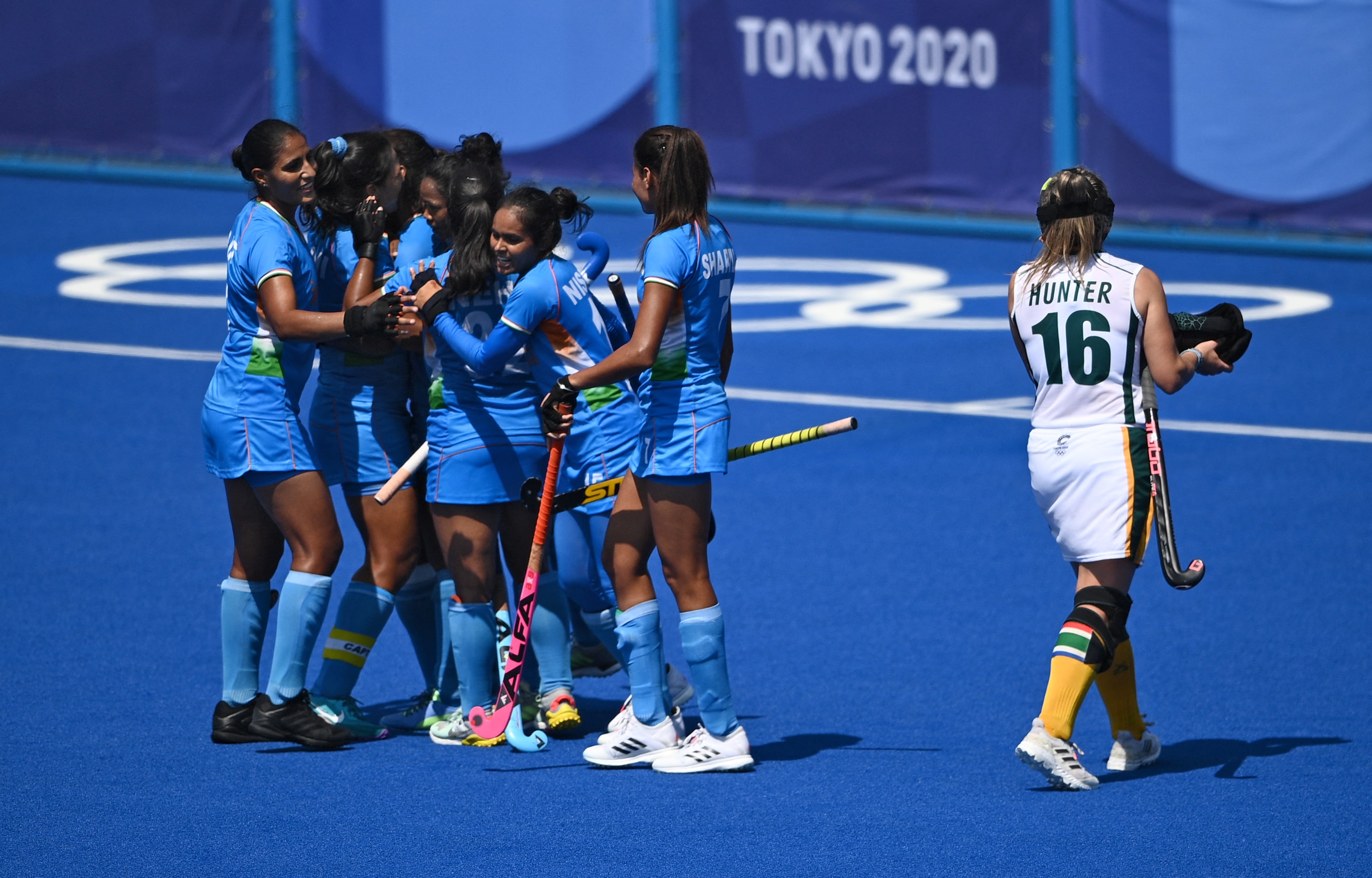 The Indian women's hockey team qualified for the quarterfinals after Great Britain defeated Ireland 2-0. India will now face Australia in their quarterfinal match. Boxer Pooja Rani crashed to a heavy defeat in the quarterfinal of women's middle (69-75kg) category, losing to Li Qian on Saturday, at the ongoing Tokyo Olympics. Earlier, Team India kept their qualification hopes alive with a 4-3 win against South Africa in their Pool A Women's Hockey match. Vandana Katariya was the talisman with three goals. Meanwhile, Kamalpreet Kaur qualified for the finals of the women's Discus Throw final with a 64.00 throw during qualification. On the other hand, Seema Punia failed to qualify, and registered 60.57 as her best attempt during qualification. PV Sindhu also lost in the semifinals of women's badminton singles to Tai Tzu Ying. She is still in contention for a bronze medal. Also, world number one Amit Panghal faced an early exit in the Round of 16, losing to Yuberjen Martinez in the Men's Boxing Fly (48-52kg) category. Other than Panghal, archer Atanu Das lost to Japan's Takaharu Furukawa in the men's individual 1/8 Eliminations. Shooters Tejaswini Sawant and Anjum Moudgil failed to qualify for the women's 50m Rifle 3 Positions, finishing outside top-eight in the standings. Meanwhile, Murali Sreeshankar also failed to make it past qualification in long jump.

Comments
Topics mentioned in this article
Olympics 2020 India Olympics Live Blogs
Get the latest updates on India vs South Africa and check out  Schedule, Results and Live Score. Like us on Facebook or follow us on Twitter for more sports updates. You can also download the NDTV Cricket app for Android or iOS.