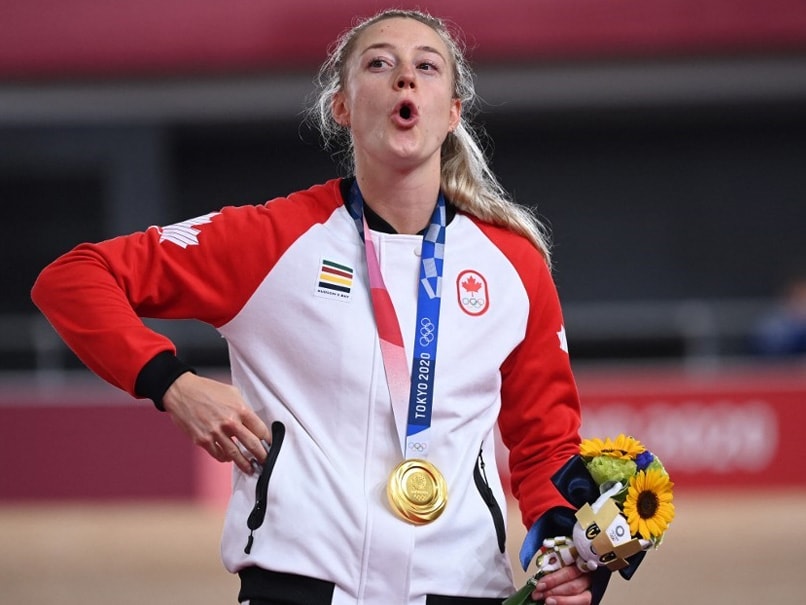 Canadian cyclist Kelsey Mitchell took to Instagram to bid farewell to Japan after winning gold at the recently concluded Tokyo Olympics. She wrote a long and emotional post on Instagram along with a hilarious video from her time in the Japanese capital. In the video, she can be seen walking through a metal detector at a venue in Tokyo and the machine starts to beep. At first, she seems confused as to what set the metal detector off before sheepishly taking out her gold medal that she was wearing from inside her shirt, leading to laughs from the security personnel and volunteers.

Laughter soon turned to applause as they congratulated the 27-year-old Canadian.

"Shoutout to Japan! I did not see much of this country...I didn't even have sushi!!!" she wrote in her post.

"BUT the people were INCREDIBLE! So kind, polite, helpful, positive, friendly, AND they even laughed at my jokes (bonus!!)," she continued.

"Thank you Japan for hosting the Olympics, for allowing people to follow and accomplish their dreams, and to show the world the power of sport!" she concluded, before saying she is excited to watch the Paralympics, which were declared open on Tuesday, and cheered on her country.

Comments
Topics mentioned in this article
Olympics 2020 Cycling Olympics
Get the latest updates on ICC Women's Cricket World Cup 2022 and IPL 2022, check out the Schedule , Live Score and IPL Points Table. Like us on Facebook or follow us on Twitter for more sports updates. You can also download the NDTV Cricket app for Android or iOS.