Australia's Emma McKeon won her seventh medal in Tokyo, a feat no other female swimmer has ever achieved at a single Olympics. 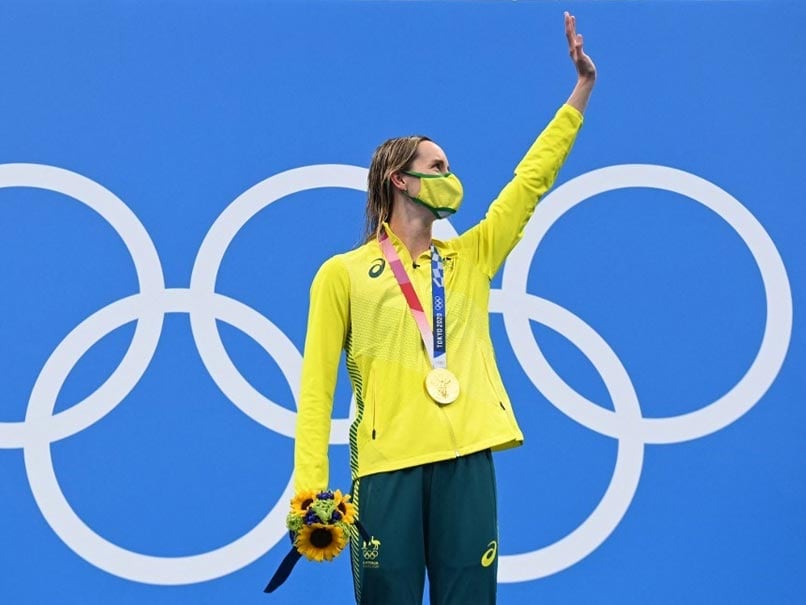 Emma McKeon made Olympic history Sunday in helping Australia upset two-time defending champions the United States to soar to the women's 4x100m relay gold medal Sunday. Their team of Kaylee McKeown, Chelsea Hodges, McKeon, and Cate Campbell touched in a new Olympic record 3mins 51.60secs ahead of the US in 3:51.73 and Canada in 3:52.60. It was McKeon's seventh medal in Tokyo, a feat no other female swimmer has ever achieved at a single Olympics.

Canada's Kylie Masse was fastest through the opening backstroke leg before teenager Lydia Jacoby put the Americans in front following the breaststroke.

A blistering butterfly swim from McKeon closed the gap on the two teams, leaving veteran Campbell to produce a devastating final 100m to reel in US freestyler Abbey Weitzeil and win gold.

It was 27-year-old McKeon's fourth gold in Tokyo to go with her three bronze, overtaking East German Kristin Otto's six medal-haul in 1952 which was matched by American Natalie Coughlin in 2008.

Comments
Topics mentioned in this article
Olympics 2020 Olympics Swimming
Get the latest updates on ICC T20 Worldcup 2022 and CWG 2022 check out the Schedule, Live Score and Medals Tally. Like us on Facebook or follow us on Twitter for more sports updates. You can also download the NDTV Cricket app for Android or iOS.