The Nagin Dance became infamous after the entire Bangladesh team got into it after beating Sri Lanka and making it to the Nidahas Trophy final. 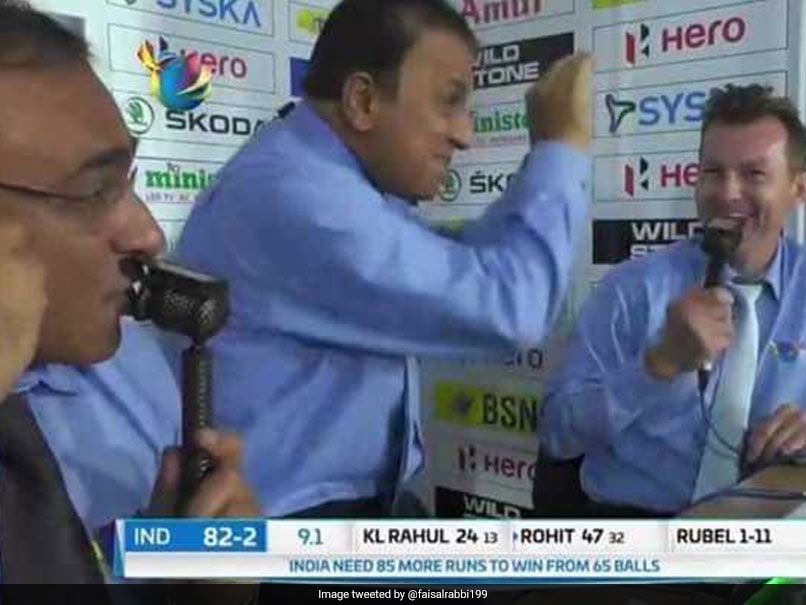 The Bangladesh cricket team's 'Nagin' or serpent dance, which they performed after beating Sri Lanka in the last league game of the Nidahas Trophy, hogged all the limelight then. However, their dance came back to haunt them after India's middle-order batsman Dinesh Karthik steered India to a four-wicket win victory over Bangladesh on Sunday with his 8-ball 29-runs. Former India cricketer and TV commentator Sunil Gavaskar broke into an impromptu dance in the 10th over of the Indian chase when Rohit Sharma was hammering the Bangladesh bowlers all over the park. Gavaskar's dance appeared to be in good humour but Bangladesh fans on Twitter thought otherwise.

Karthik (29 off 8 balls) produced a last-ball six as India pulled off an incredible chase beating Bangladesh. Needing 5 runs off the last ball in the title decider, Karthik displayed nerves of steeland launched Soumya Sarkar towards extra-cover for a six to seal India's win in a nerve-wracking summit clash. The right-hander smashed three sixes and two boundaries in his 29-run cameo.

Chasing 167, captain Rohit Sharma (56) once again led from the front with his classy knock but failed to finish off the proceedings. Middle-order batsman Manish Pandey (28) played sensible innings but was dismissed when needed the most. Then came Karthikwho took India to victory.

Comments
Topics mentioned in this article
India Cricket Team Bangladesh Cricket Team Nidahas T20 Tri-Series Sunil Gavaskar Dinesh Karthik Rohit Sharma Cricket
Get the latest updates on T20 World Cup, check out the T20 World Cup Schedule and Live Score . Like us on Facebook or follow us on Twitter for more sports updates. You can also download the NDTV Cricket app for Android or iOS.