Yuzvendra Chahal and Shreyas Iyer tried to recreate the little break dance that was seen on the spinner's Twitter handle earlier. 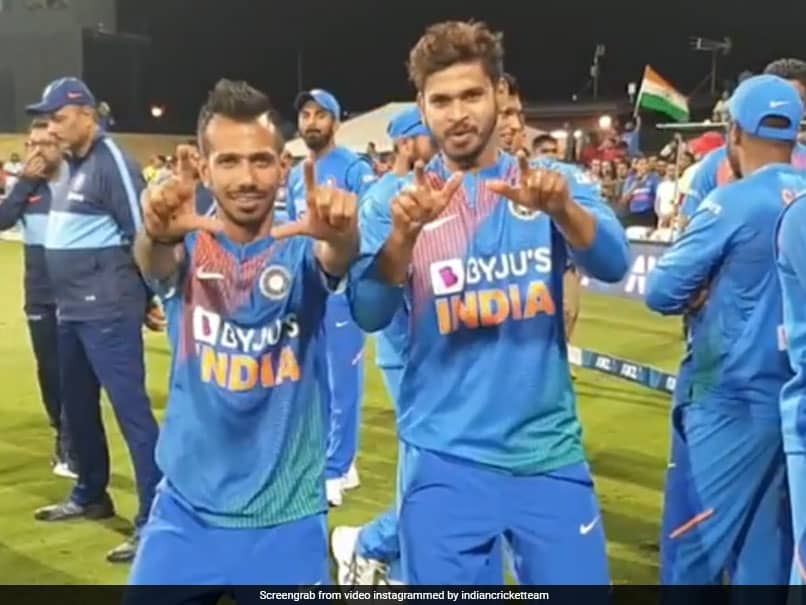 Shreyas Iyer scored an unbeaten knock of 33 for India in the fifth T20I.© Instagram

Yuzvendra Chahal and Shreyas Iyer on Sunday tried recreating the little break dance that was seen on the former's Twitter handle earlier. The Indian cricket team's official Instagram account on Sunday posted a video of the pair performing the moves during the presentation ceremony after India's fifth T20I against New Zealand. India beat New Zealand by seven runs in Mount Maunganui to complete a 5-0 victory in the series. This is the first time that a team has whitewashed New Zealand in their own backyard.

Virat Kohli and his counterpart Kane Williamson were both rested and the teams were led by Rohit Sharma and Tim Southee. Rohit however was injured during the Indian innings, which meant that it was KL Rahul who was leading the team during the New Zealand innings later in the day. India set New Zealand a target of 164 to chase, before restricting them to 156/9.

The tour now moves to Hamilton where the first of the three-match ODI series between the two sides will be played on February 5.