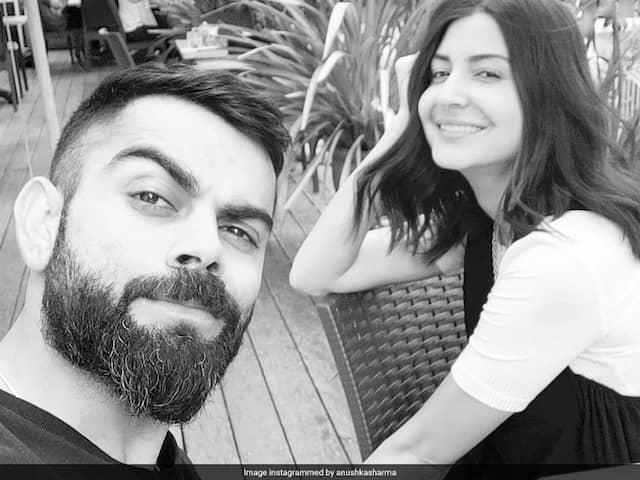 Virat Kohli, who is gearing up for the Test series in New Zealand, got an emotional parting message from wife Anushka Sharma on Monday. Anushka Sharma took to Instagram to post a picture with Virat Kohli but it was her emotional caption that won over the Internet. "You'd think good byes get easier with time. But they never do," Anushka Sharma captioned her post on Instagram. Soon after Anushka Sharma posted the picture, fans flooded the comments section with heartwarming messages for the couple.

You'd think good byes get easier with time. But they never do ...

On February 13, Team India had gone to Blue Springs in Putaruru, New Zealand to enjoy an "off day."

Fast bowler Mohammed Shami had posted a picture on Instagram where Anushka Sharma was seen chilling with her husband Virat Kohli and his teammates.

The first match will be played in Wellington while Christchurch will host the second and final game of India's long tour of New Zealand.

The hosts came back all guns blazing in the 50-over format to take the ODI series 3-0.

The upcoming Test series will be a part of the ICC Test Championship which India lead with 360 points from seven wins in as many games.

New Zealand are at sixth place with 60 points from five Tests.

New Zealand had lost their last Test series 0-3 against Australia while India outclassed Bangladesh in the two-Test series at home.

Virat Kohli New Zealand vs India, 2020 Cricket
Get the latest updates on IPL 2020, check out the IPL Schedule for 2020 and Indian Premier League (IPL) Cricket live score . Like us on Facebook or follow us on Twitter for more sports updates. You can also download the NDTV Cricket app for Android or iOS.