New Zealand named Trent Boult and Kyle Jamieson in their 13-man squad for the Test series against India. 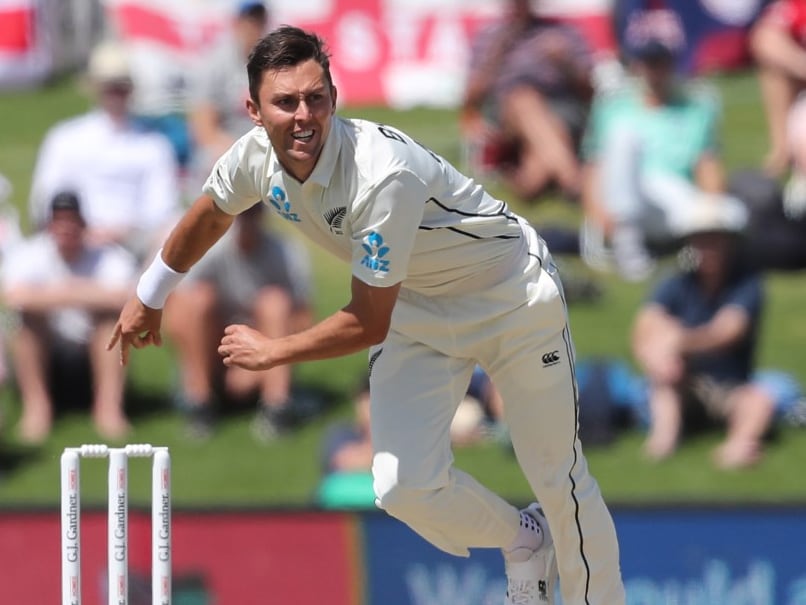 Trent Boult has recovered after breaking his right hand in the Test series against Australia.© AFP

"It's terrific to have Trent back with us and we're looking forward to the energy and experience he adds to the group alongside his obvious class with the ball in hand," New Zealand coach John Stead said in a press release.

Stead also said that Jamieson, who impressed in the ODI series, offered the variety of the extra bounce he could extract thanks to his height.

"Kyle will offer us a point of difference with the bounce he could extract on what is traditionally a good surface in Wellington," he said of the lanky pacer.

"We're excited to welcome back Ajaz who has done a great job for us overseas and has a proven domestic record in New Zealand conditions," Stead said.

New Zealand also named Darryl Mitchell in their squad as an all-rounder cover. Tom Blundell, who scored a valiant 121 in his last Test, is set to open the batting alongside Tom Latham.

The New Zealand squad will arrive in Wellington on Tuesday, the release added.

The first match of the series will be played at the Basin Reserve in Wellington starting Friday.

Ross Taylor Cricket
Get the latest updates on Fifa Worldcup 2022 and check out  Fifa World Cup Schedule, Stats and Live Cricket Score. Like us on Facebook or follow us on Twitter for more sports updates. You can also download the NDTV Cricket app for Android or iOS.