NZ vs IND: Ravichandran Ashwin, speaking at the press conference, said that playing out the morning session on day four will be key for the Indian team. 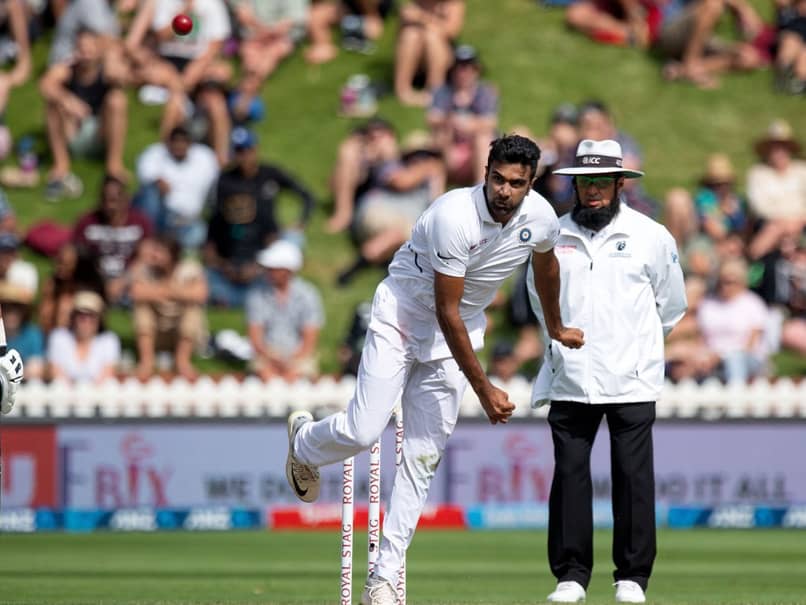 Indian off-spinner Ravichandran Ashwin feels that setting a target is still some distance away in the first Test as Ajinkya Rahane and Hanuma Vihari will need to bat out the first session on the fourth day on a helpful track against an incisive New Zealand attack. India ended the third day at 144 for 4 in their second innings and still trail New Zealand's first innings score by 39 runs.

"They are bowling lovely lengths and incisive in second innings even when the pitch is not the same as first day. They have made it hard for us and like the Test has just begun for us. They have bowled 65 overs and we have to see how they wake up and we have to bat another session in morning," Ashwin said at the press conference.

Asked what kind of total can be defended in the fourth innings, Ashwin remained non-committal. "I know to keep it simple and say this is defendable and this is not, (it) is pretty much how you would want me to present it, but it's too much -- like six sessions to go and we are not even at a stage where we can say what is a good score to defend."

But something nearer New Zealand's first innings total of 348 could mean that India can have an opportunity.

"But that is very far away and we have to take every ball at a time to be honest, because there is still enough in the surface. We are not yet in a stage from our perspective where we can look at it very far.

"We will have to take it per session, per hour, however small a target we can set, the better it is for us. They (Rahane and Vihari) batted very well. It is important to stay in the moment and continue the way they are batting. They are set, they know what the wicket is like," he said, trying to put up a brave front.

While Mayank Agarwal was the only batsman who mixed caution with aggression, Ashwin did not want to compare individual styles of batting.

Cheteshwar Pujara's 11 off 81 balls did hamper the momentum as India went into a shell. But Ashwin did not take any names.

"It's a fine line and you don't really know when to attack and defend and can get really caught in between both situations. Mayank has been in rich vein of form and it matters. He has had the continuity as he had played India A games and ODIs. The bat flow is very beautiful on the ball and all these things do make a difference.

"I think everybody is sticking to their game plans that has given them rewards over the years. To really ask them to see someone else and copy them is not the right thing to do," said Ashwin who took 3 wickets for 99 runs in the New Zealand innings.

Asked about the failure of the Indian top-order in both innings, Ashwin attributed it to the underlying moisture that got retained.

"There is enough in the surface. It was very moist on first day and they had watered it considerably and when it rained, they did not cover it quickly, so the dent created on grass did not let us play our shots," said Ashwin.

The New Zealand tailenders added more than hundred runs but Ashwin said the concept of tail-enders is no longer there.

"Sometimes we say we need to bowl out teams quicker. I'am not saying we should not, but batsmen don't get out anymore. Lower order batters put a price on their wicket. Jamieson has got a couple of first-class hundreds and Ajaz and Boult batted really well.

"Credit should be given where it is due. They really understand conditions well and used it to their advantage. They tried hitting it with the breeze. That's something we can quickly learn from them," he signed off.

Ajinkya Rahane Hanuma Vihari Mayank Agarwal Basin Reserve, Wellington New Zealand vs India, 2020 Cricket New Zealand vs India, 1st Test
Get the latest updates on IPL 2020, check out the IPL Schedule for 2020 and Indian Premier League (IPL) Cricket live score . Like us on Facebook or follow us on Twitter for more sports updates. You can also download the NDTV Cricket app for Android or iOS.