Shreyas Iyer, who was a part of the Indian limited-overs squad, chipped in with a caption on a picture of Virat Kohli posted by the cricket board. 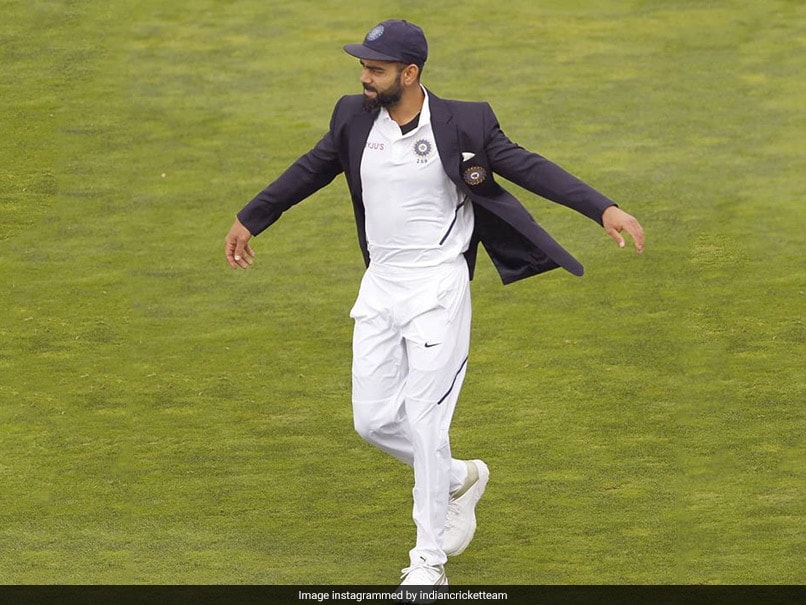 NZ vs IND: Virat Kohli failed with the bat in the first innings of the first test against New Zealand.© Instagram

Virat Kohli failed with the bat as the Day 1 of New Zealand vs India first Test match at Basin Reserve, Wellington ended early after the final session was washed out due to rain. Before the start of the Indian innings, the Board of Control for Cricket in India (BCCI) posted a picture featuring skipper Virat Kohli and asked fans to put their creative hats on and come up with an interesting caption. "Let's put on our thinking caps and caption this? The best one will feature right here. Go.Go.Go #NZvIND," the BCCI asked the fans in their Instagram post. Within no time, fans flooded the post with their best captions, but the one that stole the show came from Indian batsman Shreyas Iyer. "Ke ghungroo toot gaye!," commented Iyer -- a regular feature in India's limited-overs line-up.

Let's put on our thinking caps and caption this? The best one will feature right here. Go.Go.Go #NZvIND

Apart from Iyer, some fans also tried their level best to win the caption challenge.

"Gonna fly higher with the winds," replied one user, while the another wrote: "You think the wind can stop us? Wind's gonna take us to the trophy".

Despite the play being called off early, hosts New Zealand would not have much to complain about as they dominated the play and reduced India to 122/5 at stumps on Day 1.

New Zealand skipper Kane Williamson, after winning the toss, invited India to bat on a green-top and his bowlers proved his decision right as they picked up three quick wickets, reducing the visitors to 40/3 in the morning session.

Throughout the day, the Indian batsmen struggled to tackle quality New Zealand fast bowlers who bowled with great accuracy and never allowed them to get on the top.

Mayank Agarwal (34) got support from Indian vice-captain Ajinkya Rahane as they stitched a 48-run partnership for the fourth wicket to bail India out of trouble.

At stumps, wicketkeeper Rishabh Pant was batting on 10 alongside Rahane who was unbeaten on 38 runs.

Kyle Jamieson, making his Test debut, was the most impressive bowlers for New Zealand as he picked up three crucial wickets, including Pujara and Kohli.

Virat Kohli Shreyas Iyer Kyle Jamieson Basin Reserve, Wellington New Zealand vs India, 2020 Cricket New Zealand vs India, 1st Test
Get the latest updates on IND vs NZ 2021, check out the Schedule and Live Score . Like us on Facebook or follow us on Twitter for more sports updates. You can also download the NDTV Cricket app for Android or iOS.