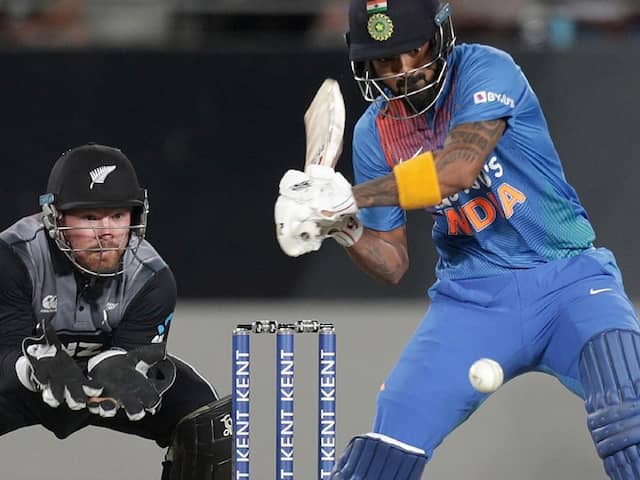 KL Rahul remained unbeaten on 57 as India defeated New Zealand by seven wickets in the second T20I in Auckland on Sunday to give the visitors a 2-0 lead in the five-match series. Chasing 133 for the win, India lost Rohit Sharma in the first over as Tim Southee removed the Indian opener. KL Rahul then steadied the innings with captain Virat Kohli but Tim Southee struck again to send back Kohli in the sixth over. Shreyas Iyer then joined KL Rahul in the middle and the duo put on 86 runs for the third wicket. Iyer perished while trying to clear the boundary with India needing eight for the win. Shivam Dube, who walked out to bat at number five, finished the game with a six. Earlier, Indian bowlers led by Ravindra Jadeja managed to restrict New Zealand to a below-par total of 132 for five. (SCORECARD)

Kane Williamson New Zealand vs India, 2020 New Zealand vs India, 2nd T20I Live Score Live Cricket Score Live Blogs Cricket
Get the latest updates on IPL 2020, check out the IPL Schedule for 2020 and Indian Premier League (IPL) Cricket live score . Like us on Facebook or follow us on Twitter for more sports updates. You can also download the NDTV Cricket app for Android or iOS.