NZ Vs IND 1st Test Day 3 Highlights: India finished the day at 144 for four with Ajinkya Rahane unbeaten on 25. 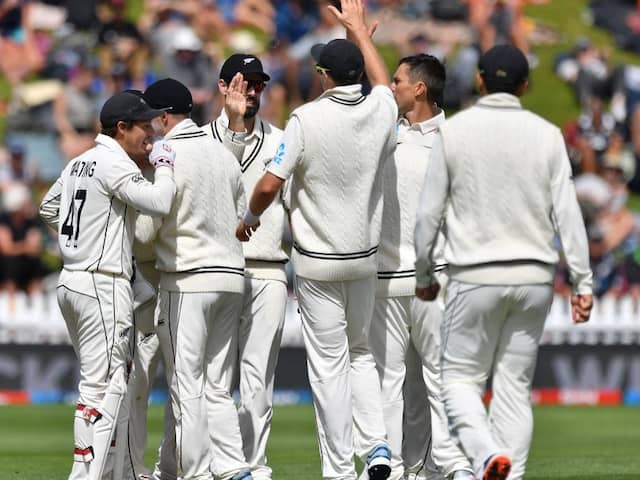 NZ Vs IND Highlights: Trent Boult was the pick of the bowlers for New Zealand on Day 3.© AFP

Ajinkya Rahane and Hanuma Vihari remained unbeaten on 25 and 15 respectively at the end of Day 3 in Wellington on Sunday as India finished the day at 144 for four, trailing New Zealand by 39 runs. Prithvi Shaw, Cheteshwar Pujara and Virat Kohli failed to get a big score despite getting starts. Mayank Agarwal scored his fourth Test half-century but was dismissed soon after by Tim Southee as he edged one down the leg to BJ Watling. Trent Boult was the pick of the bowlers for New Zealand, finishing the day with figures of three for 27. With the wicket of Mayank Agarwal, Southee became the first bowler to pick 300 wickets in Tests, ODIs and T20Is combined in New Zealand. Earlier, Ishant Sharma had picked up his 11th five-wicket haul in Tests to help India bowl out New Zealand for 348, which gave them a first innings lead of 183 runs.  (SCORECARD)