Matt Henry was initially left out of the squad, with uncapped Kyle Jamieson included at first. 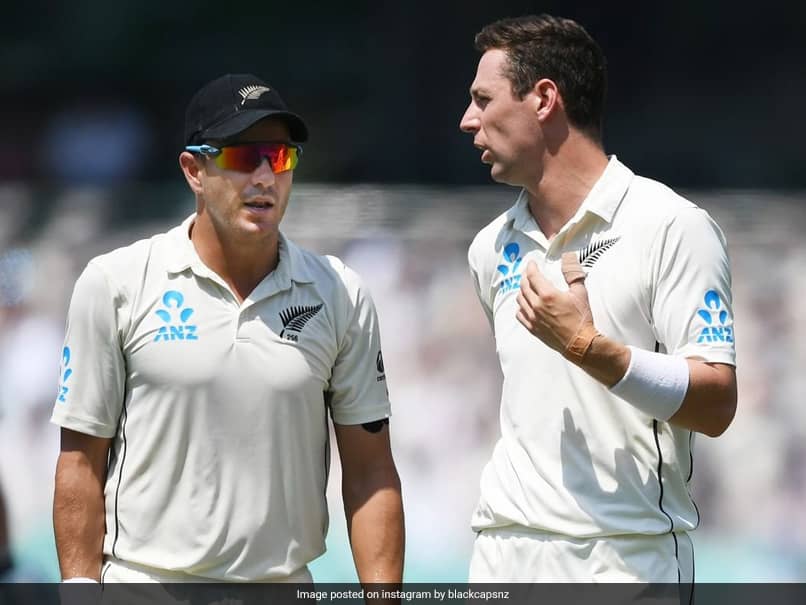 Matt Henry has been called up as cover for Neil Wagner, who is expecting the birth of his child.© Instagram

New Zealand have called up right-arm pacer Matt Henry as cover for Neil Wagner ahead of the first Test against India which begins Friday at the Basin Reserve. Wagner, who is a key part of the New Zealand bowling lineup, is awaiting the birth of his first child and can miss the opening Test. "Matt Henry has been called into the Blackcaps Test squad as cover for Neil Wagner who is awaiting the birth of his child. Henry will arrive in Wellington this evening," said New Zealand Cricket in a statement on their official Twitter handle.

Henry, who has played 12 Tests so far, wasn't initially picked in the 13-man squad as the selectors went with uncapped pacer Kyle Jamieson. In case Wagner fails to make it to the opening game, the hosts are expected to hand Jamieson a debut instead of drafting Henry straight into the playing XI.

Henry last featured in the New Year's Test against Australia in Sydney in which he ended up picking just two wickets.

The 28-year-old had played an instrumental role in New Zealand's World Cup semi-final win over India last year. He had returned with figures of 3/37 and helped his side secure an 18-run victory over the Men in Blue at the Old Trafford.

The Kiwis will go into the Test series on a back of a 3-0 win in ODIs following a 5-0 thrashing in the T20Is.

Matt Henry Neil Wagner Cricket
Get the latest updates on IPL 2020, check out the IPL Schedule for 2020 and Indian Premier League (IPL) Cricket live score . Like us on Facebook or follow us on Twitter for more sports updates. You can also download the NDTV Cricket app for Android or iOS.