India have been fined 40 per cent of the match fees for maintaining a slow over-rate in the fourth T20I against New Zealand in Wellington. 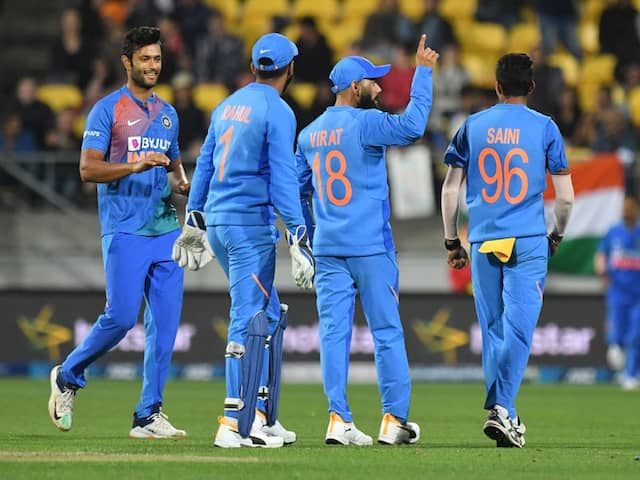 India registered a second successive Super Over win in the fourth T20I on Friday to take a 4-0 lead in the five-match series. However, the Virat Kohli-led team has been fined 40 per cent of the match fees for maintaining a slow over-rate in Wellington. "Chris Broad of the Emirates ICC Elite Panel of Match Referees imposed the sanctions after Virat Kohli's side was ruled to be two overs short of the target after time allowances were taken into consideration," the International Cricket Council (ICC) said in a statement.

"In accordance with Article 2.22 of the ICC Code of Conduct for Players and Player Support Personnel, which relates to minimum over-rate offences, players are fined 20 per cent of their match fees for every over their side fails to bowl in the allotted time," the statement read further.

Captain Kohli lost his wicket for mere 11 runs, but India rode on Manish Pandey's unbeaten half-century to post 165/8 after being asked to bat.

In chase, opener Colin Munro and wicketkeeper-batsman scored a half-century each as New Zealand managed to tie with India after allotted 20 overs.

The match went into Super Over, in which New Zealand scored 13 runs and India chased the target with a ball to spare.

"Kohli pleaded guilty to the offence and accepted the proposed sanction, so there was no need for a formal hearing. On-field umpires Chris Brown and Shaun Haig, and third umpire Ashley Mehrotra levelled the charges," the ICC said.

The fifth and final T20I will be played at the Bay Oval in Mount Maunganui on Sunday.

Virat Kohli New Zealand vs India, 2020 Cricket New Zealand vs India, 4th T20I
Get the latest Cricket news, check out the India cricket schedule, Cricket live score . Like us on Facebook or follow us on Twitter for more sports updates. You can also download the NDTV Cricket app for Android or iOS.