New Zealand coach Mike Hesson says India change pitches at home according to their needs and therefore, curators in Auckland and Wellington must also prepare wickets that will favour the local side. 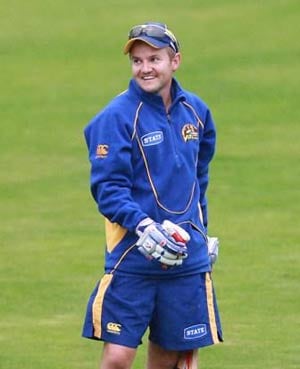 India's apparent weakness on fast and bouncy pitches may be exploited to the hilt by New Zealand when Mahendra Singh Dhoni's team travels Down Under in the new year. In a tit-for-tat response, New Zealand coach Mike Hesson (in pic) is asking Kiwi curators to prepare green-tops to 'counter' the dry and dusty spinning wickets that India dish out for visiting teams. Hesson said he will be "disappointed" if curators did not produce green seaming tracks in the two Tests at Auckland's Eden Park and Basin Reserve in Wellington.

"I think everyone's aware of the type of surface that we'd like. We've been in India before and they've changed the pitch the day before a game because it wasn't quite as dry as they would like. We certainly don't get any favours when we travel, so I'd be disappointed if we provide any at home," said Hesson in comments published by the New Zealand media. (Also read: Jesse Ryder returns to New Zealand side for ODIs vs West Indies)

India play two Tests in February after a five-match ODI series starting in Napier on January 19. New Zealand lost 2-0 when they toured India last year and Hesson feels the spinning wickets had a lot to do with his team's batting failures. "We'll back our seamers over anyone's at the moment," Hesson said, adding: "We know these conditions as a batting group. Our batsmen bat on conditions that nip around in first-class cricket so they're used to it and it can expose your technique if you're not."

In a three-Test series that ended last Sunday, New Zealand routed the West Indies 2-0, with their seamers Trent Boult and Tim Southee taking most of the wickets. Hesson is backing the pair to deliver against India on Eden Park's drop-in wicket and at the pace-friendly Basin Reserve. "We'll back our seamers over anyone's at the moment, to be fair," Hesson said. "We know they've got good seamers who will challenge us, but we back our seamers to put any order under pressure."

Since their 2-0 win 10 years ago, New Zealand have not beaten India in a Test series. In 2002-03, India's star-studded batting lineup, that included Sachin Tendulkar, Rahul Dravid and VVS Laxman, crumbled on green tracks at Wellington's Basin Reserve and Seddon Park in Hamilton.

Comments
Topics mentioned in this article
Cricket Michael James Hesson New Zealand Cricket Team India Cricket Team New Zealand vs India 2014
Get the latest updates on IPL 2021, IPL Points Table , IPL Schedule 2021 , live score . Like us on Facebook or follow us on Twitter for more sports updates. You can also download the NDTV Cricket app for Android or iOS.