Rahul Dravid feels that the likes of Mohammed Shami , Bhuvneshwar Kumar could have gained match practice before their tour of New Zealand while Mumbai pair Ajinkya Rahane and Rohit Sharma could have 'raised the profile' of the tournament. 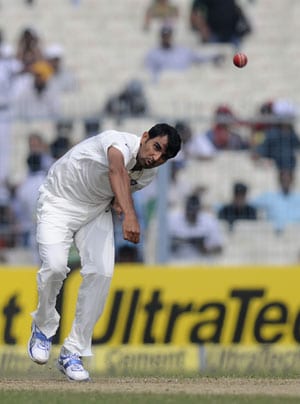 Former India captain Rahul Dravid feels that players like Mohammed Shami, Bhuvneshwar Kumar should have been allowed to play for their respective states in the Ranji Trophy quarter-final that starts on Wednesday.

The BCCI is not allowing any of the six players -- Rohit Sharma and Ajinkya Rahane (Mumbai), Mohammed Shami (Bengal), Stuart Binny (Karnataka), Bhuvneshwar Kumar and Suresh Raina (UP) to play for their states as Indian ODI squad is flying off to New Zealand in wee hours of January 12 --- which is the last day of the quarter-final.

"Well, I think there was a good opportunity and a case to allow these players play for their teams in the Ranji Trophy quarter-final. There is a gap of seven days before they play the first ODI (January 19). I am sure these six could have joined the team a day or two later as it has happened earlier," Dravid told ESPNCricinfo in a panel discussion on Tuesday.

Dravid feels that someone like Bhuvneshwar Kumar would have gained by getting ideal match-time in the quarters as he hasn't played competitive cricket for more than a month now. "If I would have been Bhuvneshwar, I would have liked to play. He may have bowled a lot in the nets but he hasn't played any matches for over a month. Maybe from Rohit Sharma and Ajinkya Rahane's perspective, they could have asked for a break after a gruelling series. But they are young kids, who would have wanted to take Mumbai to semi-final," Dravid said.

Dravid also said that if likes of Rohit and Rahane play in Ranji Trophy, it "raises the profile" of the event. "I am not saying that BCCI doesn't value Ranji Trophy. They do value a lot but if these boys play, it raises profile of the event. Since the match (Mumbai vs Maharashtra) would be telecast live, people while flipping through channels, if they find Rohit batting, they would just hang around and watch a bit more," Dravid said.

"Some of these guys (Shami for Bengal) are really valuable players for their teams and their coaches wouldn't have minded if they would have been available. Obviously, their opponents won't mind them not playing," Dravid said in jest.

BCCI though, was on the defensive and its game development officer - Ratnakar Shetty - told a national daily that the coach and captain wanted players to reach New Zealand early. "It takes around 20 hours to reach Auckland. You have to factor in jet lag. Then there is also the matter of getting 25 confirmed business class tickets, which isn't easy. The Indian team will be doing some specific training and the captain and coach don't want players to miss those sessions," he was quoted as saying.