Pro Kabaddi: U Mumba Upset Haryana Steelers 39-33 Ahead Of Playoffs 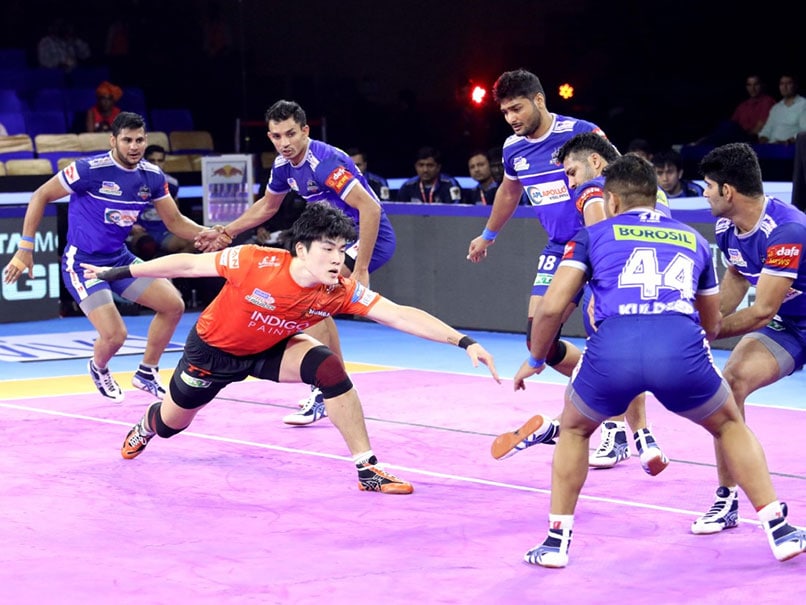 U Mumba defeated Haryana Steelers 39-33 in their penultimate Pro Kabaddi League (PKL) league match at Shaheed Vijay Singh Pathik Sports Complex in Greater Noida on Thursday. Haryana Steelers and U Mumba both have already qualified for the playoffs by securing their spot in the top six. The match between the two sides changed hands several times, with players from both sides giving each other tough fight. Haryana Steelers earned their first couple of points in defence. In the fourth minute, Vinay's raiding brilliance helped Haryana go 4-3 up in the match. After a lackluster start, U Mumba players got their side back in the game and even took a three point lead at 9-6 in the 11th minute.

Haryana raiders, Vinay and Neveen, soon nullified Mumba's lead and levelled the score at 9-9. Thereafter, both sides played aggressively and kept scoring points in tandem. U Mumba were leading at 15-14 in the dying minutes of the first half, but Ravi Kumar carried out an excellent tackle just before the whistle.

Vikash Kandola got Haryana off to a great start in the second half with a fantastic raid in the 21st minute. Kuldeep helped Haryana take a four-point lead when he carried out an all-out in the 22nd minute. However, U Mumba fought back and took the lead after pulling off an all-out in the 28th minute.

Haryana almost caught up with their opponents through raid points by Kandola in the last few minutes of the match, but U Mumba maintained their lead and eventually clinched a victory.

Sponsored by Vuukle
Comments
Topics mentioned in this article
Kabaddi
Get the latest updates on IPL Auction 2023 and check out  IPL 2023 and Live Cricket Score. Like us on Facebook or follow us on Twitter for more sports updates. You can also download the NDTV Cricket app for Android or iOS.