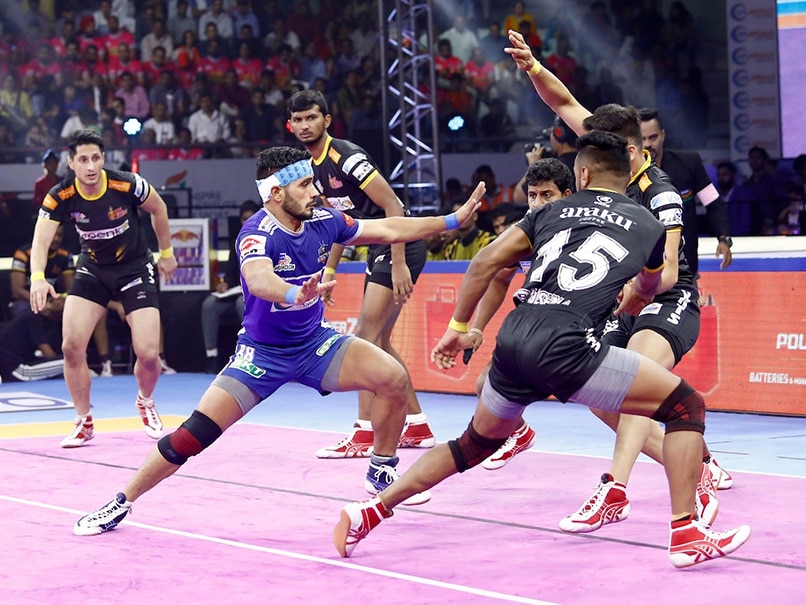 Jaipur Pink Panthers, winners of the inaugural season, defeated defending champions Bengaluru Bulls 41-34 in a Pro Kabaddi League (PKL) season seven match at the Tau Devilal Sports Complex in Panchkula on Friday. In the second match, hosts Haryana Steelers ended their home leg with a thumping victory over Telugu Titansby 52-32. These results, however, didn't have any effect on the playoffs qualification as both Bengaluru Bulls and Haryana Steelers have already booked their spots in the top six.

Deepak Narwal (16 points) and Nilesh Salunke (nine points) picked up maximum points for the Jaipur side, while Begaluru Bulls' Pawan Kumar Sehrawat failed to repeat his magic from the last game where he had picked up 39 points and managed only 14 points.

Haryana took the lead in the 10th minute thanks to Vikas Kandola and Vinay who picked up multiple points in their raids.

The hosts inflicted the first All-Out of the match upon their opponents in the 11th minute to open up a four-point advantage.

From there on, Haryana took control of the game and sealed another All-Out with less than three minutes remaining in the first half to pull open a 16-point lead. The first half ended 30-12 with Steelers on top.

The home side were in no mood of giving up their momentum in the second half and Vikas Kandola, who secured his Super 10, inspired another All-Out on Titans in the fourth minute to open up a 24-point lead.

The trend continued, despite Siddharth Desai picking up a Super 10 for the Titans, as Haryana maintained a healthy lead.