Haryana avoided a defeat as they scored two points in the last minute. 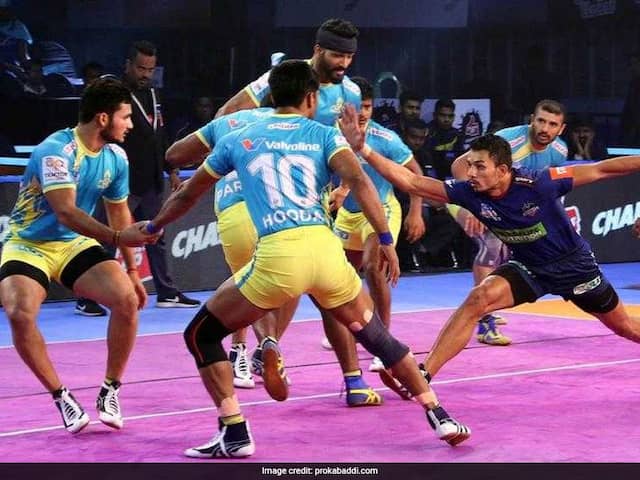 Tamil Thaliavas and Haryana Steelers played out an exciting 40-40 tie in the ongoing sixth season of Pro Kabaddi League (PKL) here on Tuesday. Haryana avoided a defeat as they scored two points in the last minute. Monu Goyat top scored for Haryana with 17 points by putting in a stellar performance. Ajay Thakur was in fine form for Tamil Thalaivas and he too scored 17 points. Haryana ended their league campaign on a positive note as did Tamil Thalaivas. Both teams finished at the bottom of the table in their respective zones.

Thalaivas began strongly and led 3-0 after three minutes with Ajay picking up a raid point. Haryana came back to trail 3-4 after five minutes. It was a close affair in the first 10 minutes. Monu picked up a two-point raid in the 7th minute to level the match at 6-6.

Haryana forced a super tackle in the 13th minute as they tied the match at 11-11. Anand was the star raider for Thalaivas in the first half, picking up three raid points in two minutes as they led 16-14 at the end of the first half.

Thalaivas inflicted an all out at the start of the second half to lead 19-16. Haryana weren't deterred by the all out and kept picking up raid and tackle points.

It was a closely fought encounter with both teams level on 36-36 with four minutes left. Ajay picked up two raid points in two minutes to give Thaliavas 39-37 lead after 38 minutes.

However, Thalaivas and Haryana picked one and three points respectively in the dying moments to end their season six campaign on a draw.