Watch: Virat Kohli's Emotional Video Where He Talks About Stepping Down As RCB Captain Post IPL 2021

Virat Kohli has been the face and leader of RCB since taking over as captain in the middle of the 2012 season. 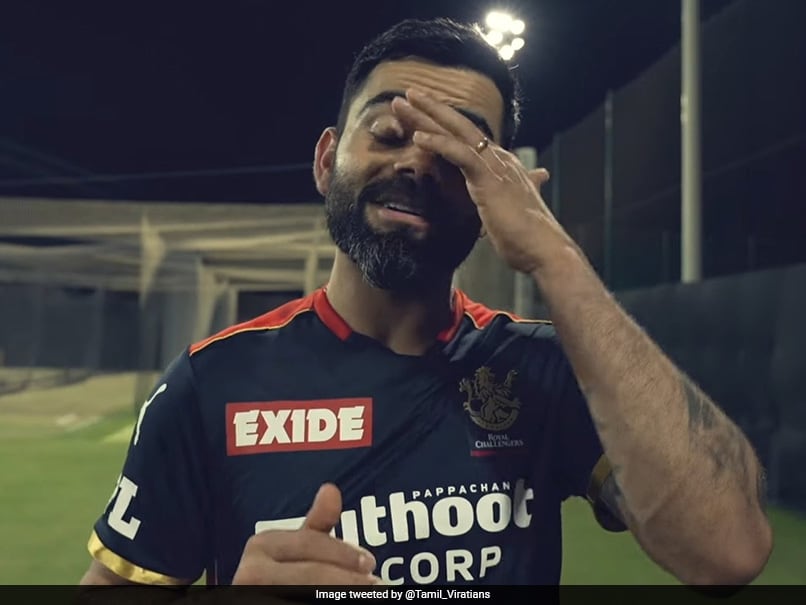 Virat Kohli announced on Sunday that he will step down as RCB captain after IPL 2021.© Twitter

When one talks about the Indian Premier League (IPL 2021) franchise Royal Challengers Bangalore, the first name that comes to mind is that of Virat Kohli. The ace batsman has been associated with the franchise since the inception of the league in 2008 and has gone on to become a colossal figure in its history. Kohli has been the face and leader of RCB since taking over as captain in the middle of the 2012 season. He has been an ambassador for the franchise in T20 cricket. But despite his large-hearted performances on the field with the bat, Kohli has not managed to lift the IPL trophy ever, either as a player or captain.

He came within touching distance in 2016, when he re-wrote the record books by scoring 973 runs in the tournament as he single-handedly took his team to the final. But it was not to be as his team lost to SunRisers Hyderabad.

The 2021 season will be Kohli's last chance to win the coveted league as the RCB captain.

Kohli announced on Sunday that he will give up the captaincy of RCB after this season but will continue to play for the team till his retirement from the game.

Here's what Kohli said in an emotional video, which was shared on social media by RCB:

"Hello everyone! To the whole RCB family. The fans, the amazing fans of Bangalore and everyone who has been a supporter of RCB for so many years. I had an announcement to make. Just spoken to the squad this evening. Before the second leg of the tournament starts, to inform everyone that this is going to be my last leg in the IPL as captain of RCB. I spoke to the management this evening. It was something that was on my mind for a while. As I recently announced, stepping down from the T20I captaincy as well. My workload, which has been immense for the last so many years. I want to be able to be committed to the responsibilities that I am fulfilling, and I felt that I needed the space to refresh, to regroup and to be absolutely clear in how I want to move forward.

"And also understanding that RCB is going to go through a big transitional phase. There is a big auction coming up next year. I have made it clear to the management that I can't think of being in any other team than RCB and that has been my commitment from day one. I will continue to be an RCB player till I play my last game in the IPL. It has been a great journey of 9 years, of joy and frustration, of moments of happiness and sadness. I just want to thank all of you from the bottom of my heart for supporting me and believing in me relentlessly and unconditionally. I will continue to be committed to play for this franchise as I said till the last day of me playing IPL. For you guys, for the fans, because of what you have done for me and how you have made me feel for the last so many years, that is going to stay with me for the rest of my life. Thank you so much! this is just a little halt and not the end of the journey. The journey will continue, and it will continue the same way that it has for so many years."

Royal Challengers Bangalore, resume their season with a match against Kolkata Knight Riders on Monday.