IPL 2021: SRH Don't Have Much Squad Depth As Compared To Other Franchises, Says AB De Villiers

IPL 2021: AB de Villiers feels SRH lack squad depth when compared to other teams in the tournament. The David Warner-led side lost their first match of the season, meanwhile RCB defeated MI in the tournament opener. 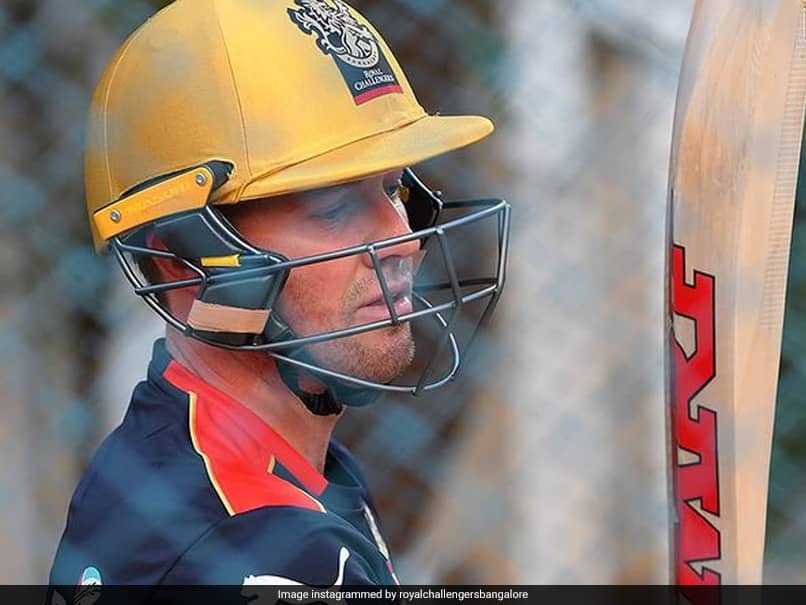 Royal Challengers Bangalore (RCB) batsman AB de Villiers has said that SunRisers Hyderabad does not have as much depth as compared to the other teams in the Indian Premier League (IPL) 2021. AB de Villiers's remarks come as RCB gets ready to lock horns against David Warner-led SunRisers Hyderabad at the MA Chidambaram Stadium later on Wednesday. "It is a nice attack to face, it is a great challenge. I always enjoy playing against SunRisers Hyderabad. They can challenge you with their skill and they are always smart. It is a matter of us making sure that we get some partnerships and once we get on top of them, they are a kind of a team we can really dominate," said de Villiers in a video posted on the official Twitter handle of RCB.

"They do not have as much depth as some of the other teams in the IPL. If we get hold of them, we have to make sure that we do not allow them to make a comeback because that's where they are really dangerous," he added.

Harshal Patel had delivered a stunning bowling performance before AB de Villiers' masterclass took RCB home against defending champions Mumbai Indians in the opening game of IPL. Harshal had picked five wickets (three in the final over) to restrict Rohit Sharma's side to 159.

"In the last game, my bowling gave me a lot of confidence and I will take it into the next game," said pacer Mohammed Siraj while talking about his performance in the game.

AB de Villiers IPL 2021 Sunrisers Hyderabad vs Royal Challengers Bangalore, Match 6 Cricket
Get the latest updates on IPL 2021, IPL Points Table , IPL Schedule 2021 , live score . Like us on Facebook or follow us on Twitter for more sports updates. You can also download the NDTV Cricket app for Android or iOS.