IPL 2021: Kolkata Knight Riders skipper Eoin Morgan has said that Dinesh Karthik is a vital cog in the franchise's set up and he provides a great deal of support to him, both on and off the pitch. 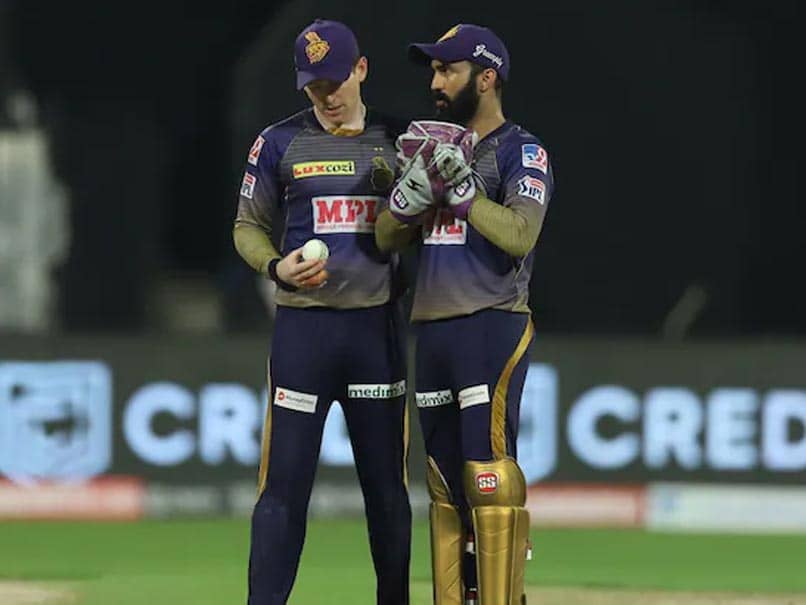 Kolkata Knight Riders (KKR) skipper Eoin Morgan has said that Dinesh Karthik is a vital cog in the franchise's set up and he provides a great deal of support to him. KKR will play their first match of the Indian Premier League (IPL) 2021 against SunRisers Hyderabad (SRH) at the MA Chidambaram Stadium in Chennai on Sunday.

"DK offers a lot with the bat and behind the stumps. He has been in fine form, and he is always one of those players who if you watch him train and particularly bat, he times the ball beautifully and hits the ball further than most of the guys. He offers a huge amount of support to me on the pitch and off the field as well. Very grateful that he is in good form and in our team," Morgan told KKR's official website.

In the players' auction held in February this year, KKR bought Bangladesh all-rounder Shakib Al-Hasan for Rs 3.2 crore and he would add another spin option to the KKR lineup.

Speaking about Shakib's acquisition, Morgan said: "Given that we have a bit more travel this year and we go from venue to venue, it's important to have strength and depth in the squad. Shakib Al Hasan gives us a different dynamic in the team. Given that we play at different venues where the conditions change quite a lot, you have a spin bowling all-rounder who had success in international cricket and IPL at different stages. If called upon, he can definitely deliver."

Two-time champions, KKR will be gunning for their third title as they gear up for yet another edition.

Speaking about Sunil Narine, Morgan said: "The IPL is such a competitive tournament with the smallest of margins that can make a big difference, particularly in the playoff stages. For me, when I was a young kid coming through as a professional and looking to guys who had either won things or had a different attitude regardless of the situation of the game, they would always have a positive body language, or they would always be doing something to affect the game. Shakib and Sunil are no different."

"In big moments of the game, particularly last year, you would throw Sunil the ball or you would get him in with the bat because he has been in that situation over and over again; he believes in himself and in the team to go and get through and win that situation," he added.

Last year, KKR failed to qualify for the playoffs, finishing fifth on the points table.

Shakib Al Hasan IPL 2021 Cricket
Get the latest updates on IPL 2021, IPL Points Table , IPL Schedule 2021 , live score . Like us on Facebook or follow us on Twitter for more sports updates. You can also download the NDTV Cricket app for Android or iOS.