IPL 2021: SunRisers Hyderabad ended their losing streak with a win against Punjab Kings and will look to carry on their resurgence against Delhi Capitals, who have won three of their four matches so far. 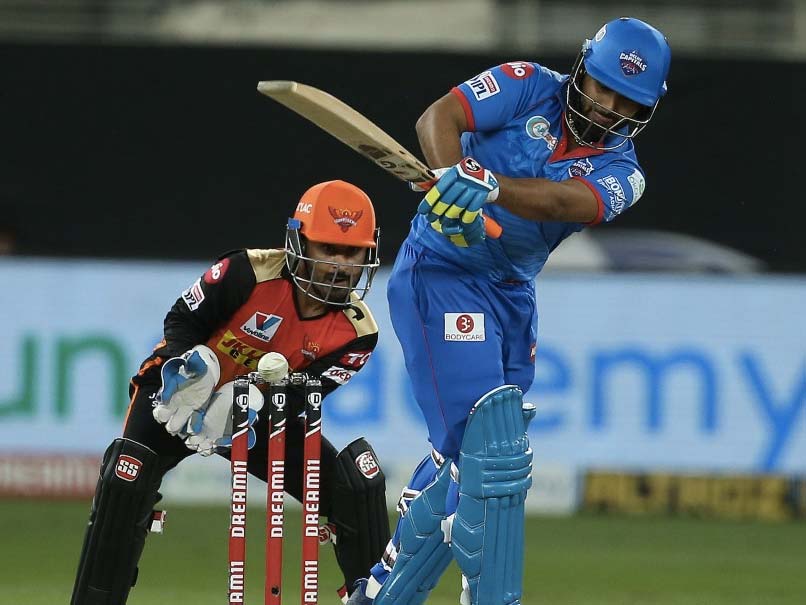 Rishabh Pant's brute power will be put to test against Rashid Khan's bagful of tricks in an (Indian Premier League )IPL encounter where Delhi Capitals will start as favourites against SunRisers Hyderabad due to their better bowling resources. The much-criticised Chepauk track will host its 10th and final IPL game of the season in which both Pant and his opposite number David Warner would pray for a decent surface for their flamboyant batters. With only a couple of first innings total in excess of 170 across nine games in Chennai, the slow and gripping surface at the MA Chidambaram Stadium tests the skills of the batsmen in a different manner.

Possibly, it's the ability to muscle the ball that will come in handy on this track and hence the DC skipper's role as a batsman will become all the more important.

While Shikhar Dhawan is in good form and Prithvi Shaw in not so great touch after the first game, the willow-wielders, who depend on sheer timing compared to power may struggle.

In fact, SRH, after playing all their four games in Chennai, have only now started to crack the code of a slow track, evident during the team's comfortable victory over Punjab Kings after a hat-trick of defeats.

With Kane Williamson back in the mix, SunRisers seemed to have got a better balance in a set-up which is acutely short of quality India internationals.

With T Natarajan's death bowling unavailable for this season and Manish Pandey only able to manage a strike-rate of 112-odd, bulk of the responsibility is on overseas recruits Warner, Jonny Bairstow, Williamson and Rashid.

The wily Afghan has again been very consistent and his duel with Pant could be one of the most eagerly-awaited match-ups that can send the TRPs soaring.

SRH's weak link is certainly its bowling attack with none among Sandeep Sharma, Siddharth Kaul or all-rounder Vijay Shankar inspiring any sort of confidence whatsoever.

So DC will have 12 overs out of 20 on which they can feast upon if one takes away the eight bowled by Rashid and the seasoned Bhuvneshwar Kumar.

However, a bit of tweak in their XI also won't be bad even though they had comfortably beaten Mumbai Indians in a low-scoring game here only a few days back.

One area of slight concern will be Ashwin's form as he has been going at 8 runs per over in the past four games and only a single wicket to show for his efforts.

The Chepauk track could just give him some breathing space after mostly flat decks in Mumbai.

Similarly, Pant would also like to check out if Chris Woakes is a better option with his pace and also some all-round skills in place of Kagiso Rabada, who has been off colour till now.

Veterans Ajinkya Rahane and Ishant Sharma, however cruel it may seem, are expected to warm the benches unless both Lalit Yadav and Avesh Khan sustain a last-minute niggle.

For SunRisers, how Trevor Bayliss and VVS Laxman set up the batting order will be important. Kedar Jadhav is well past his prime but still could be way more effective than any of the youngsters, who haven't delivered this season.

Bhuvneshwar Kumar Cricket
Get the latest updates on ICC T20 Worldcup 2022, check out the Schedule and Live Score. Like us on Facebook or follow us on Twitter for more sports updates. You can also download the NDTV Cricket app for Android or iOS.