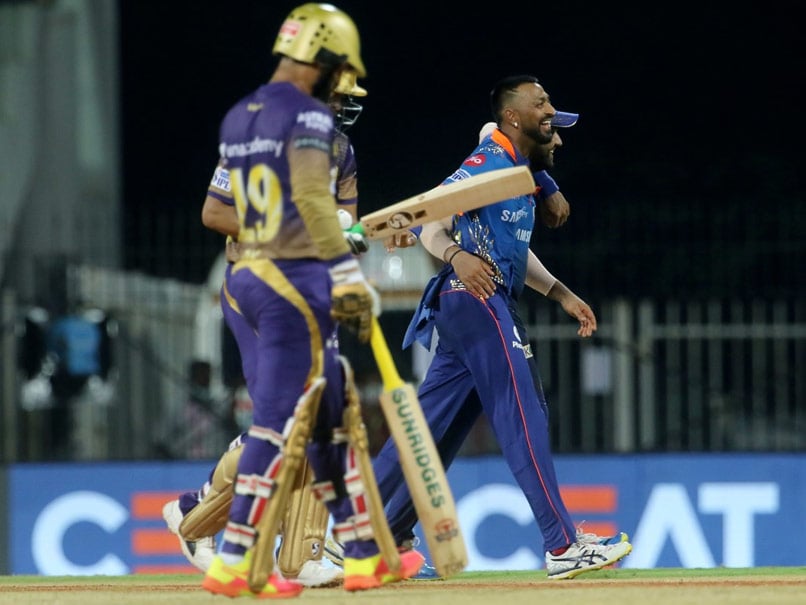 Shah Rukh Khan, co-owner of the Kolkata Knight Riders (KKR) franchise in the Indian Premier League (IPL), expressed his disappointment over the team's shocking defeat at the hands of Mumbai Indians (MI) at the MA Chidambaram Stadium on April 13. Shah Rukh Khan also apologised to the KKR fanbase for losing the match by 10 runs in the final over despite being strong favorites till the half-way mark. He tweeted, "Disappointing performance. to say the least @KKRiders apologies to all the fans!"

Disappointing performance. to say the least @KKRiders apologies to all the fans!

Shah Rukh, like all KKR fans, was disappointed to see the team go down after being in control until the 15th over, with Andre Russell and Dinesh Karthik still to come. Trent Boult and Jasprit Bumrah kept things tight after MI's spinners spun a web around KKR's middle-order batsmen.

Boult eventually defended 15 runs off the last six balls to help MI win. He claimed the prized scalp of Andre Russell in the final over to end KKR's hopes of chasing the 153-run target.

Earlier, KKR won the toss and opted to bowl against the Rohit Sharma-led side. KKR captain Eoin Morgan played an unchanged winning combination from the last match against SRH. KKR had won that match by 10 runs.

Shakib-Al-Hasan was handed his 50th cap for KKR at the start of the match. MI, on the other hand, brought in Quinton de Kock in the place of Chris Lynn as the only change from their IPL 2021 opener against Virat Kohli's Royal Challengers Bangalore (RCB).

KKR will now face RCB on April 18 at the MA Chidambaram Stadium in Chennai.

Jasprit Bumrah
Get the latest updates on SA vs IND 2021-22, check out the Schedule and Live Score . Like us on Facebook or follow us on Twitter for more sports updates. You can also download the NDTV Cricket app for Android or iOS.