IPL 2021: Royal Challengers Bangalore take on Kolkata Knight Riders in Chennai on Sunday in the first game of a double-header at MA Chidambaram Stadium. 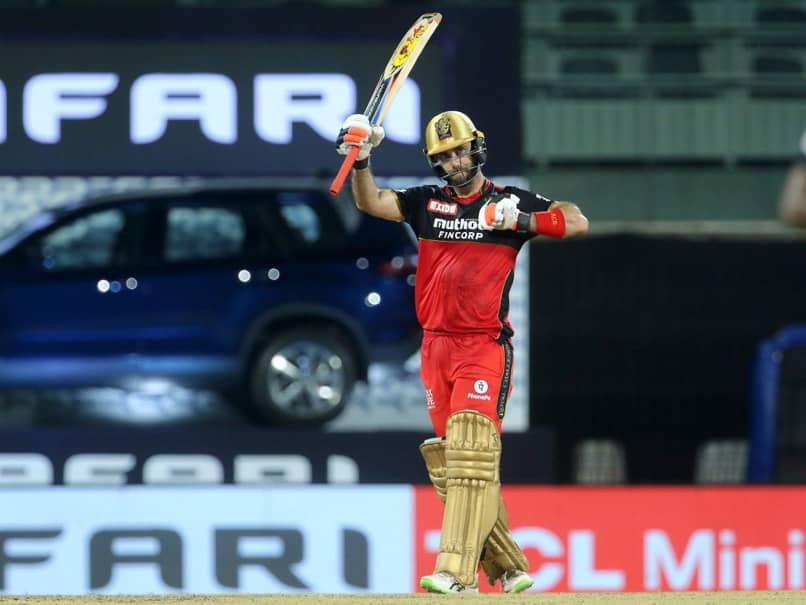 Royal Challengers Bangalore (RCB) take on Kolkata Knight Riders (KKR) in Match 10 of the Indian Premier League (IPL) 2021 on Sunday at the MA Chidambaram Stadium in Chennai. The match will kick off the first double-header of the season. RCB survived two close shaves to be the only team to be unbeaten so far in the tournament. KKR got off to a good start against SunRisers Hyderabad (SRH) but a dramatic collapse against Mumbai Indians (MI) saw them drop two points that they would have thought they had in the bag.

The Virat Kohli-led RCB will be looking to make it three wins in three and go back to the top of the table, after MI took the lead by beating SRH on Saturday.

Here are three players who can be key for RCB against KKR:

The "Big Show" from Australia put to rest his troubles in the IPL to score his first half-century in the tournament since 2016 in RCB's last game. Maxwell has been RCB's top scorer so far in the tournament, scoring 38 off 29 deliveries in their two-wicket win against MI and then 59 off 41 as they beat SRH in another close contest. He seems to be finding his form in the IPL, and that makes him a huge threat for any opposition.

AB de Villiers' 48 off 27 that helped RCB chase down the 160-run target against MI in the season opener showed that he is a force to be reckoned with, even in the slow pitches on offer at Chepauk this season. The memories of his 33-ball 73 against KKR in Sharjah in IPL 2020 will also be fresh in the minds of the Knight Riders, another reminder of his ability to blow away bowlers on any surface.

Traded in from Delhi Capitals, Harshal Patel has been the find of the season for RCB so far. He announced his return to the franchise with a five-wicket haul against Mumbai Indians and followed it up with another good performance at the death against SRH. He could be the solution to the death overs headache that has plagued Virat Kohli and his team for many seasons. Moreover, after having suffered a middle-order collapse in their last game, KKR will be vary of him running through their batting lineup on Sunday.

AB de Villiers IPL 2021 Royal Challengers Bangalore vs Kolkata Knight Riders, Match 10 Cricket
Get the latest updates on IPL 2021, IPL Points Table , IPL Schedule 2021 , live score . Like us on Facebook or follow us on Twitter for more sports updates. You can also download the NDTV Cricket app for Android or iOS.