IPL 2021: Ravindra Jadeja on Friday shared pictures with MS Dhoni saying that whenever he meets the former India captain, it feels like he is meeting Dhoni for the first time. 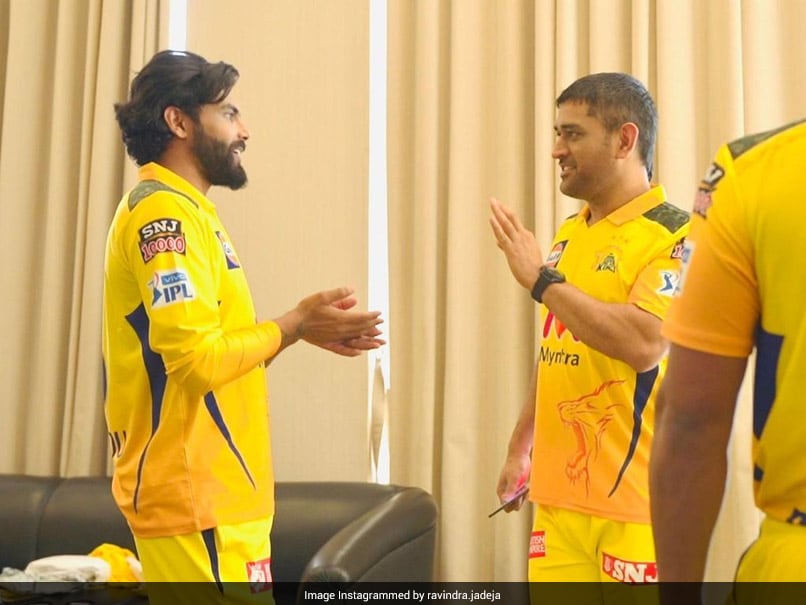 Chennai Super Kings (CSK) all-rounder Ravindra Jadeja on Friday shared pictures with MS Dhoni saying that whenever he meets the former India captain, the level of excitement is always the same. "Whenever I meet him it feels like I m meeting him for the first time!Still Same excitement when I met him in 2009.#bonding #respectforever," Jadeja wrote along with the pictures. Jadeja finished his quarantine on Thursday and joined the CSK squad for the upcoming Indian Premier League (IPL) 2021. Jadeja was out of action for three months due to a thumb injury but will take the field when CSK take on the Delhi Capitals in the second match of the IPL on April 10.

Whenever i meet him it feels like i m meeting him for the first time!Still Same excitement when i met him in 2009.#bonding #respectforever pic.twitter.com/Obmh9PIVAR

CSK had posted a picture on Twitter in which Jadeja was seen smiling with Suresh Raina in the yellow jersey. "Apna time! #WhistlePodu #Yellove," CSK had tweeted.

Jadeja had already begun his preparation for the IPL before joining CSK camp. The all-rounder practised batting and bowling in March having made a return to the field after undergoing thumb surgery. He headed to the National Cricket Academy after that to get a fitness certificate.

In January, Jadeja had suffered a blow to his left thumb while batting on Day 3 of the third Test against Australia. He had later gone for scans and the results showed that he had dislocated his thumb.

IPL 2021 is slated to commence on April 9 with Mumbai Indians and Royal Challengers Bangalore (RCB) facing off in the tournament opener. CSK will play their first game against Delhi Capitals on April 10.