PBKS vs DC, IPL 2021: KL Rahul will be aiming to extend his lead in the Orange Cap race, when Punjab Kings face Delhi Capitals, on Sunday. 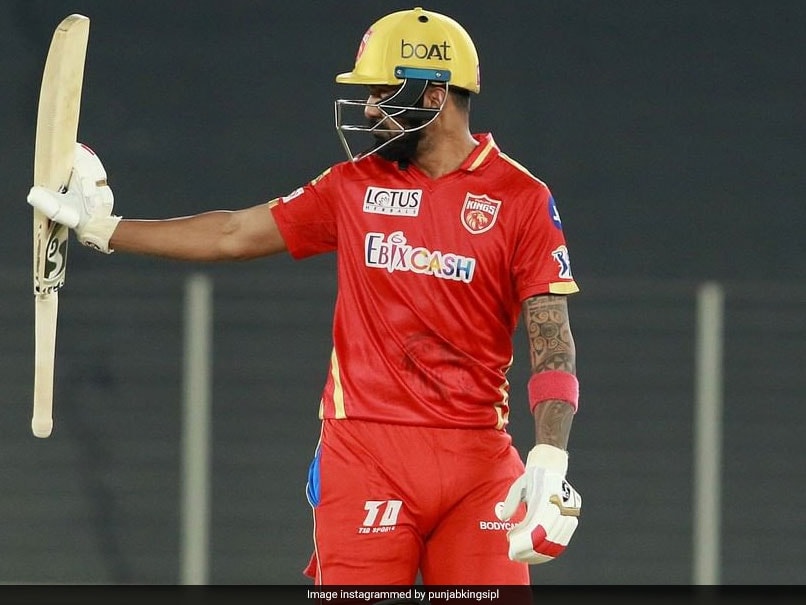 PBKS vs DC: KL Rahul will be hoping to extend his lead in IPL 2021's Orange Cap race.© Instagram

Punjab Kings (PBKS) face Delhi Capitals (DC) in Match 29 of the ongoing Indian Premier League (IPL) 2021 season, at the Narendra Modi Stadium in Ahmedabad. Led by KL Rahul, Punjab are currently fifth in the IPL 2021 Points Table, with three wins and four defeats. Despite an inconsistent campaign for PBKS, Rahul is leading in the Orange Cap race with 331 runs from seven games. It is worth noting that he was last season's highest run-scorer. On the other hand, Delhi have built on their form from last season, and are second in the standings, behind table-toppers Chennai Super Kings (CSK). Led by standby skipper Rishabh Pant, DC have won five matches and lost on two occasions. One of the favourites to qualify for the playoffs, DC have Shikhar Dhawan and Prithvi Shaw in third and fourth spot in the Orange Cap race with 311 and 269 runs respectively. DC bowler Avesh Khan also finds himself in second spot in the Purple Cap race with 13 wickets from seven matches.

KL Rahul (Credits - 10.5):The PBKS captain will be a must-buy for most fantasy cricket fans, due to his additional role as a wicketkeeper too. The India international is also leading in the Orange Cap race, and is his side's only consistent player this season. KL Rahul will be hoping to register another big knock in Match 29, and help his side bag two points against DC.

Prithvi Shaw (Credits - 9):The youngster has taken it onto himself to prove his critics wrong in the ongoing season. Prithvi Shaw was also his side's star player during their recent win vs Kolkata Knight Riders (KKR), in Ahmedabad. He smashed 82 runs off 41 balls, to help his side win by seven wickets. Also fourth in the Orange Cap race, he will be hoping to continue with his form, and help DC get the better of PBKS.

Marcus Stoinis (Credits - 8.5): Unlike last season, Marcus Stoinis hasn't been in the best of form this year. He has only managed to score 71 runs in seven matches, and has taken only two wickets. Despite his recent displays, the all-rounder is still a crucial member of DC's starting XI, and his power-hitting skills makes him a option for fantasy cricket fans.

Mohammed Shami (Credits - 9): The PBKS pacer is his side's leading bowler with eight wickets in the ongoing season. Mohammed Shami will be up against the likes of Shikhar Dhawan and Shaw, and will be hoping his experience helps him grab the upper hand. He will also be aiming to limit the scoring, and lead his side's bowling department vs DC.

Marcus Stoinis IPL 2021 Punjab Kings vs Delhi Capitals, Match 29 Cricket
Get the latest updates on ICC Women's Cricket World Cup 2022 and IPL 2022, check out the Schedule , Live Score and IPL Points Table. Like us on Facebook or follow us on Twitter for more sports updates. You can also download the NDTV Cricket app for Android or iOS.