DC vs KKR, IPL 2021: Prithvi Shaw was in top gear, hitting boundaries off all legal deliveries in the first over of Delhi Capitals' chase against Kolkata Knight Riders. 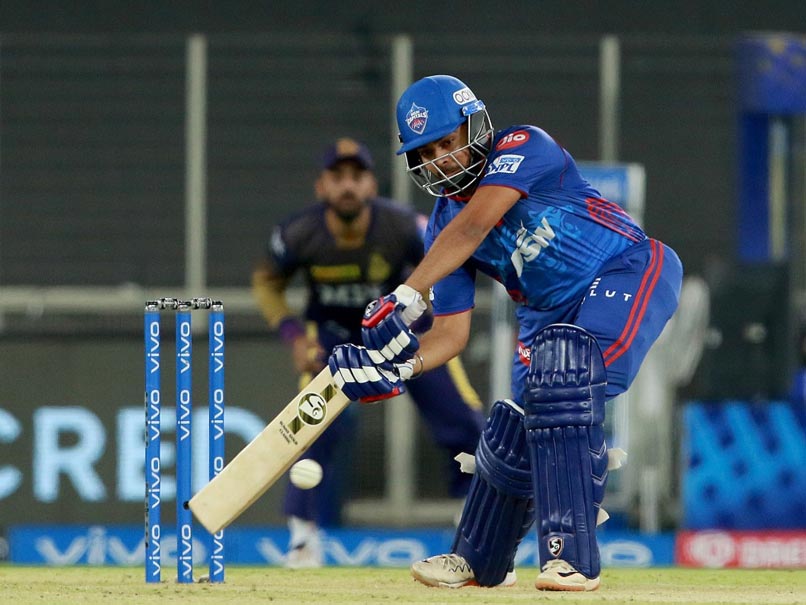 Delhi Capitals' (DC) Prithvi Shaw once again proved as to why he is so highly regarded as he smashed fours off all legal deliveries in the first over of a 155-run chase against Kolkata Knight Riders (KKR) in Match 25 of IPL 2021 at the Narendra Modi Stadium on Thursday. The IPL took to Twitter to hail the batsman and captioned a Prithvi Shaw still from the match as: "Wd, 4, 4, 4, 4, 4, 4 @PrithviShaw 24 (6) has set the stage on Six boundaries in the 1st over bowled by Mavi."

Shivam Mavi, who bowled that fateful over, started off with a wide. On the next delivery, Shaw smashed the ball over the bowler's head for a four.

Mavi bowled full and straight on the second legal delivery of the over and Shaw hit that over midwicket for a four with a stylish flick. He followed it up with another four on the next ball, which was overpitched by the bowler.

On the fourth legal delivery of the over, Mavi attempted a slow low full toss, which Shaw drove through the covers with aplomb for another four. He followed it up with another boundary on the next ball too.

The sixth legal delivery of the over was a full ball pitched outside off stump. Shaw slammed it over extra-cover for four, thereby smashing boundaries of all legal deliveries.

In total, KKR conceded 25 runs in the first over itself. The youngster also went on to reach the fastest fifty this season, off only 18 balls.

Kolkata Knight Riders Prithvi Shaw Shivam Mavi IPL 2021 Delhi Capitals vs Kolkata Knight Riders, Match 25 Cricket
Get the latest updates on ICC T20 Worldcup 2022 and CWG 2022 check out the Schedule, Live Score and Medals Tally. Like us on Facebook or follow us on Twitter for more sports updates. You can also download the NDTV Cricket app for Android or iOS.