IPL 2021, DC vs KKR Highlights, Delhi Capitals vs Kolkata Knight Riders: Prithvi Shaw broke records in the first over of the chase when he started brilliantly to hit six fours against Shivam Mavi as DC went on to win by seven wickets and 21 balls to spare vs KKR. 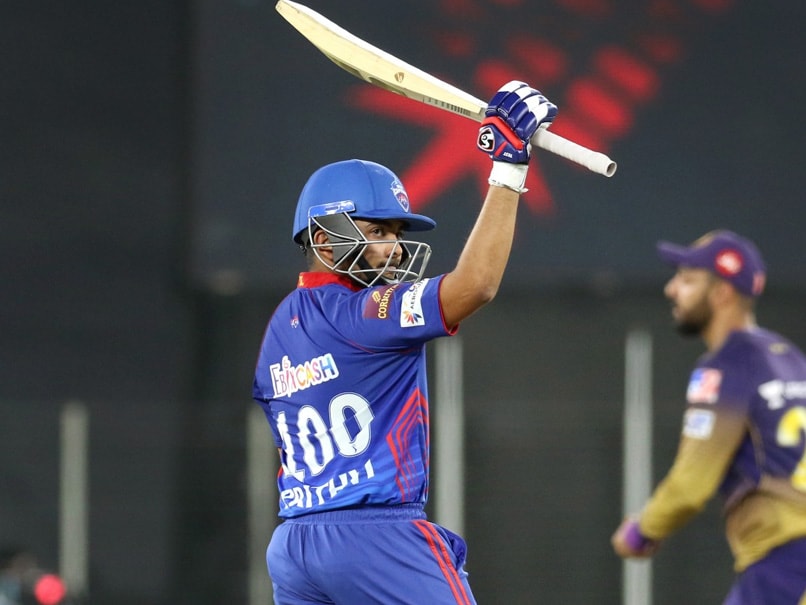 Delhi Capitals (DC) batsmen stamped their authority over Kolkata Knight Riders (KKR) bowlers' as they registered a comfortable seven-wicket victory in Match 25 of the Indian Premier League (IPL) in Ahmedabad. The run-chase started with a bang as DC opener Prithvi Shaw (82 runs off 41 balls) scored six fours against Shivam Mavi in the first over to make his intentions clear from the start. Shikhar Dhawan (46 runs off 47 balls) kept a calm head at the other end as he played the supporting role to perfection. Earlier, KKR batsmen struggled to keep going as they set a modest 155-run target for DC to chase. Andre Russell (45* off 27 balls) finished the innings with some huge sixes to help KKR pass the 150-run mark on the last ball of the innings. This was KKR's fifth loss in seven games while DC registered their fifth victory this season to occupy the second place in the points table for the time being. (SCORECARD)

Shimron Hetmyer IPL 2021 Cricket Delhi Capitals vs Kolkata Knight Riders, Match 25 Live Score Live Cricket Score Live Blogs
Get the latest updates on ICC T20 Worldcup 2022, check out the Schedule and Live Score. Like us on Facebook or follow us on Twitter for more sports updates. You can also download the NDTV Cricket app for Android or iOS.