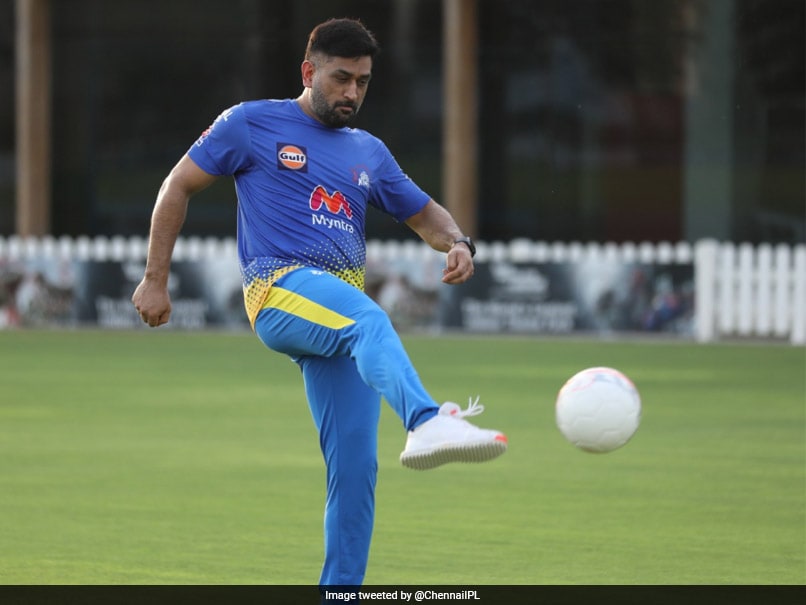 Chennai Super Kings (CSK) players, led by skipper MS Dhoni, were seen playing football in training, in pictures posted by the franchise on Twitter on Saturday. Dhoni, Suresh Raina, Karn Sharma and Robin Uthappa enjoyed a kickabout during a training session for the three-time Indian Premier League (IPL) champions who are currently based in Dubai ahead of the resumption of the IPL 2021 season. “Kick-starting the day,” CSK captioned the tweet featuring four pictures of their star men playing football.

CSK are training at the ICC Academy in Dubai as part of their preparations for the remainder of the IPL season which will resume with the Dhoni-led side taking on Mumbai Indians on September 19.

A CSK contingent had reached Dubai on August 13 and began training on Thursday. They had gathered for a training camp in Chennai earlier this month before flying out to Dubai.

CSK were placed second with 10 points at the time IPL was postponed earlier this year. They had played seven matches, out of which they won five and lost two. Delhi Capitals, who were top of the standings with 12 points, had played a game more.

Royal Challengers Bangalore were hot on the heels of CSK, with both sides level on 10 points and CSK only ahead on net run rate. Mumbai Indians, who have won the IPL a record five times, were fourth with a total of eight points from seven matches.

Having finished a disappointing seventh last season, CSK will hope to make the playoffs this time.

Robin Uthappa
Get the latest updates on IPL Auction 2023 and check out  IPL 2023 and Live Cricket Score. Like us on Facebook or follow us on Twitter for more sports updates. You can also download the NDTV Cricket app for Android or iOS.