IPL 2021: Royal Challengers Bangalore captain Virat Kohli was all praise for Harshal Patel, who picked up his maiden five-wicket haul in T20 cricket 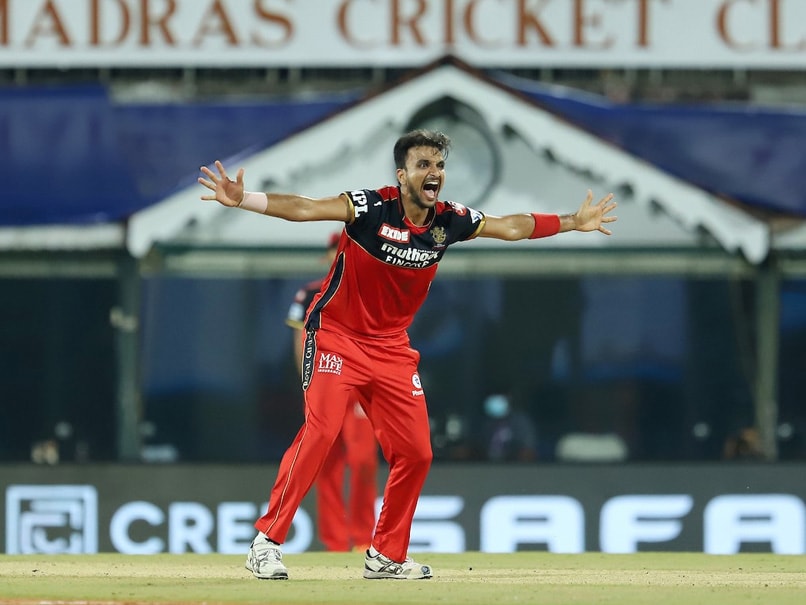 Royal Challengers Bangalore edged out defending champions Mumbai Indians in a nail-biting encounter in the first game of the 14th edition of the Indian Premier League (IPL) on Friday. Harshal Patel laid the foundation for the win with his maiden five-wicket haul as he ran through the Mumbai Indians batting line-up in Chennai. Harshal Patel picked up five wickets and gave away just 27 runs from his quota of four overs. Harshal's spell helped RCB restrict Mumbai Indians to 159/9 from their allotted 20 overs. Chasing 160 for the win, RCB rode on AB de Villiers' quick-fire knock of 48 to register a win on the final ball of the match. After the win, RCB skipper Virat Kohli lavished praise on Harshal Patel and said that he will be his side's "designated death bowler" in the tournament.

"Harshal is relishing the role. He is going to be our designated death bowler. Very confident about what he wants to bring to the table and as a captain you want someone with that clarity. In T20 cricket that's all you ask from the bowler. And the wickets that he got weren't fluke wickets. He actually wanted the guys to hit the ball where he wanted them caught," Kohli said at the post-match presentation.

Kohli was also full of praise for de Villiers and said that what the former South Africa captain can do on slow pitches, not many can match him.

"AB is probably the only one in the team who is so versatile. And what he does on slow wickets, not many can do. In a tricky chase you need experience at the back, and the opposition knows that if he doesn't get out, the bowlers get in a different headspace," Kohli added.

AB de Villiers IPL 2021 Cricket
Get the latest updates on ICC Women's Cricket World Cup 2022 and IPL 2022, check out the Schedule , Live Score and IPL Points Table. Like us on Facebook or follow us on Twitter for more sports updates. You can also download the NDTV Cricket app for Android or iOS.