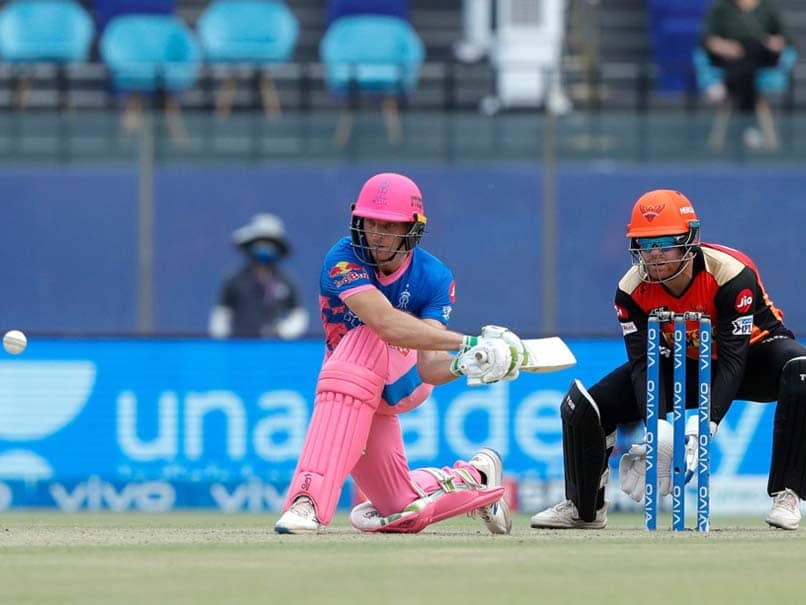 Jos Buttler scored his maiden IPL century as Rajasthan Royals thrahsed SunRisers Hyderabad by 55 runs in Delhi on Sunday. Buttler lost his opening partner Yashasvi Jaiswal early, but went on to score 124 runs off just 64 balls as RR posted a massive 220/3 in their 20 overs. Buttler combined with his skipper Sanju Samson and took the attack to the SRH bowlers, hitting them to all parts of the ground. The duo forged a 150-run partnership for the second wicket. Samson got out for 48 off 33 balls but Buttler continued with his explosive batting and guided RR to a massive total. Chasing the huge total, SRH openers Jonny Bairstow and Manish Pandey got them off to a solid start, adding 57 runs for no loss inside the Powerplay. However, they lost the plot in the middle phase as wickets kept falling at regular intervals and they weren't able to stitch another big partnership and eventually fell way short of the target. (SCORECARD)