Kolkata Knight Riders produced a clinical performance to beat Rajasthan Royals by a massive 86-run margin and take a huge step towards securing their playoff berth in the Indian Premier League in Sharjah on Thursday. 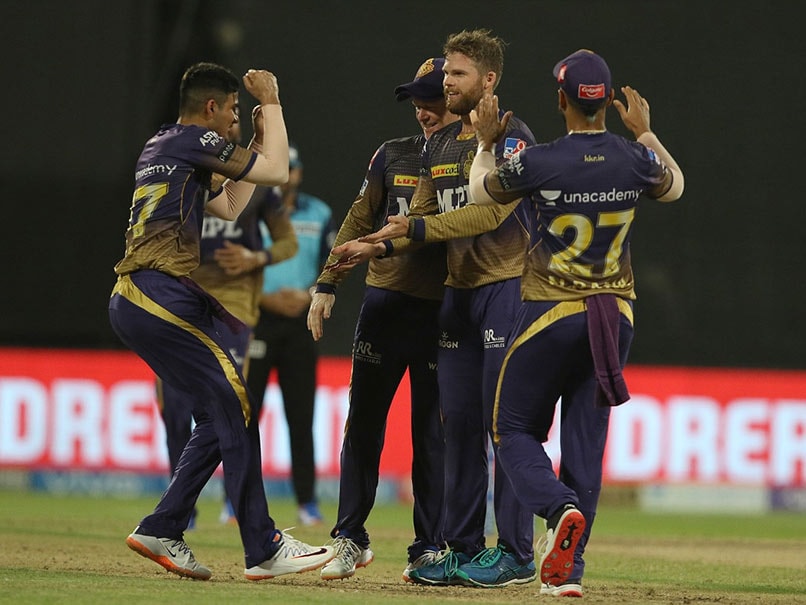 Kolkata Knight Riders produced a clinical performance to beat Rajasthan Royals by a massive 86-run margin and take a huge step towards securing their playoff berth in the Indian Premier League in Sharjah on Thursday. With three play-off spots -- Delhi Capitals, Chennai Super Kings and Royals Challengers Bangalore -- already sealed, KKR consolidated their position for the fourth and final play-off spot, finishing their round-robin engagements with 14 points from 14 games with an impressive net run rate of 0.587. With 12 points from 13 matches, defending champions Mumbai Indians is the only team still in the play-off race but they will need to register a big win over Sunrisers Hyderabad in their last game on Friday to dislodge KKR from the fourth spot.

Effectively, Mumbai need a miracle to make the play-offs ahead of KKR.

Shubman Gill hit a second consecutive fifty as KKR registered the highest score at the venue this season, posting a competitive 171 for four after being put into bat.

RR had a horrible star to their chase, losing their best batter of the season Yashasvi Jaiswal to Shakib Al Hasan in the third ball of the innings. If that was not enough, skipper Sanju Samson departed in the first delivery of the next over.

Back into the side after recovering from an injury, Lockie Ferguson struck twice in his first over -- first removing Liam Livingstone and then accounting for young Anuj Rawat a ball later.

Mavi then struck twice in the eighth over -- disturbing the timbers of Glenn Phillips and Shivam Dube with his brute pace as RR kept losing wickets at regular intervals.

Mystery spinner Varun Chakravarthy was not to be left behind as he joined the party in the next over dismissing Chris Morris LBW. Rahul Tewatia took the attack to the opposition and struck Mavi for three boundaries as RR reached 49 for seven in the 10th over.

With no pressure on his back, Tewatia continued his attacking display and clobbered Chakravarthy over deep square leg boundary for the first six of RR innings.

Tewatia played a 36-ball 44-run cameo but it was not enough as KKR bowled out RR for a meagre 85.

Mavi finished with his best IPL figures of 4/21, while Ferguson (3/18) also shone bright with the ball.

Earlier, riding on Gill and Iyer's impressive start, KKR reached 50 in the eighth over.

Iyer didn't curb his natural instinct and first clobbered Jaydev Unadkat over the deep midwicket boundary and then straight over the bowler's head two bowler's later to accumulate 14 runs off the 10th over as KKR reached 75 for no loss at the halfway mark.

Inspired by Iyer's power-hitting, Gill then joined the party and welcomed Rahul Tewatia with a maximum. But Tewatia had the last laugh as he gave his side the important breakthrough when he went through the defence of Iyer between his legs as the left-hander went for an extravagant reverse sweep.

RR skipper then introduced Phillips into the attack but the off-spinner went for 17 runs, albeit he picked up the wicket of Nitish Rana in the process.

Rahul Tripathi was lucky to get a reprieve as he was dropped by Samson when he outside edged a full delivery off Mustafizur Rahman in the last ball of the 13th over.

Rajasthan Royals Shivam Mavi Shubman Gill IPL 2021 Cricket Kolkata Knight Riders vs Rajasthan Royals, Match 54
Get the latest updates on Fifa Worldcup 2022 and check out  Fifa World Cup Schedule, Stats and Live Cricket Score. Like us on Facebook or follow us on Twitter for more sports updates. You can also download the NDTV Cricket app for Android or iOS.