"They Have Great Skillsets": Virat Kohli Excited To Play With RCB's Replacement Signings 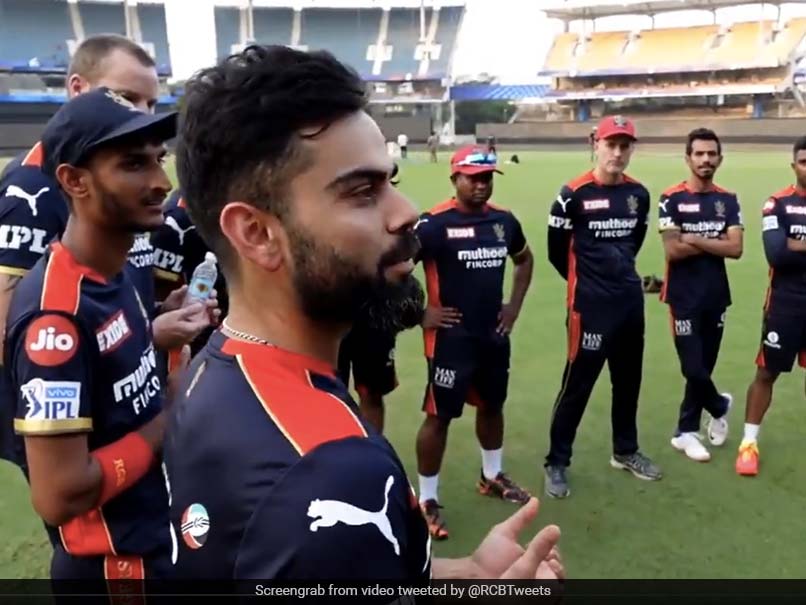 Virat Kohli arrived in Dubai on Sunday ahead of the resumption of IPL 2021.© Twitter

India and Royal Challengers Bangalore (RCB) skipper Virat Kohli feels the upcoming months are going to be important for the IPL side and Team India considering the T20 World Cup. Kohli and pacer Mohammed Siraj arrived in Dubai on Sunday after the Manchester Test against England was cancelled. The duo is undergoing six-day mandatory quarantine and then they both will join the team bubble in Dubai ahead of the resumption of the IPL 2021. "Unfortunate how we ended up being here early but with COVID in place, things are very uncertain, so anything can happen at any time," said Kohli in a video posted on RCB Twitter.

"Hopefully, we are able to maintain a good strong, secure environment here and have a quality IPL and onto the World Cup. So now, heading into the T20 phase, I think it is going to be an exciting phase and a very important one for us at RCB and for the Indian team at the World Cup as well," he added.

"The replacement players have great skillsets, especially in these conditions. Excited to see them with the whole group & to resume a very good season that we started last time around," says captain Kohli.#PlayBold #IPL2021 pic.twitter.com/VvqKN3qhLo

Further speaking about the new addition in the squad, Kohli said, "The replacement players have great skillsets, especially in these conditions. Excited to see them with the whole group and to resume a very good season that we started last time around."

On the other hand, Siraj said, "I'm joining RCB family after so many days, really excited for the IPL. We are in a good position on the points table so it will be a lot of fun."

Virat Kohli Wanindu Hasaranga Dushmantha Chameera Cricket
Get the latest updates on SA vs IND 2021-22, check out the Schedule and Live Score . Like us on Facebook or follow us on Twitter for more sports updates. You can also download the NDTV Cricket app for Android or iOS.