IPL 2021, RCB vs MI, Royal Challengers Bangalore vs Mumbai Indians Preview: Both Teams Look To Get Campaign Back On Track 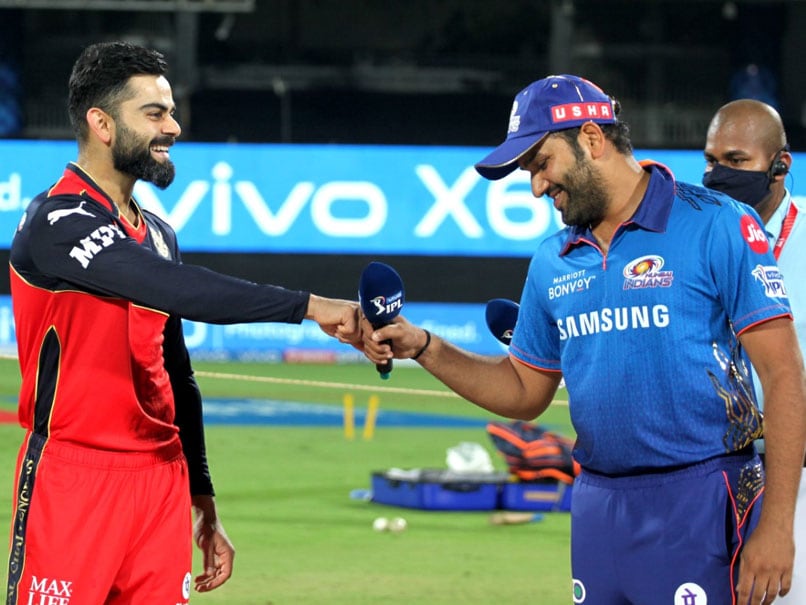 Royal Challengers Bangalore and Mumbai Indians will face off in Dubai on Sunday.© BCCI/IPL

Defending champions Mumbai Indians and Royal Challengers Bangalore have looked off-colour in the UAE leg of the Indian Premier League (IPL) 2021 so far. Back-to-back defeats have dented their hopes of making the playoffs, more so for MI. RCB, who were in top form in the first phase of IPL 2021, have been dire in the two games they have played in the UAE. With crunch time approaching, both teams will be desperate for a win, and look to get the campaign back on track.

The match will pit two of India's current superstars in Rohit Sharma and Virat Kohli against each other. Rohit missed the first game for MI in the UAE but returned for the match against Kolkata Knight Riders.

He looked sluggish against KKR, scoring 33 off 30 runs as MI could only post 155/6 in 20 overs. KKR chased it down in just 15.1 overs to hand Mumbai their fifth defeat of the season.

The loss left the defending champs in sixth position in the IPL points table with their run-rate taking a beating as well. A defeat against RCB could really put MI's playoffs in jeapordy.

They were bundled out for a paltry 92 by KKR, who chased down the target in 10 overs. RCB batters produced an improved showing against Chennai Super Kings on Friday, but a poor end to their innings cost them dear.

Devdutt Padikkal produced a masterful knock off 70 with Virat Kohli scoring 53 off 41 balls to give RCB the perfect platform to launch an assault. However, RCB's middle-order failed to cash in the team could only muster 156/6 in 20 overs despite being 111 for one in 13.2 overs.

Purple cap holder Harshal Patel was back amongst the wickets while Yuzvendra Chahal bowled miserly, giving away just 26 off his four overs. But it wasn't enough as CSK cantered to a win in 18.1 overs.

RCB, who had looked as one of the favourites to make it to the playoffs before the UAE leg, suddenly find themselves in a spot of bother. While they are still third in the table with 10 points from nine games, their nightmare outing against KKR means that Virat Kohli's team have the worst net run-rate in the league.

Virat Kohli Rohit Sharma IPL 2021 Royal Challengers Bangalore vs Mumbai Indians, Match 39 Cricket
Get the latest updates on T20 World Cup, check out the T20 World Cup Schedule and Live Score . Like us on Facebook or follow us on Twitter for more sports updates. You can also download the NDTV Cricket app for Android or iOS.