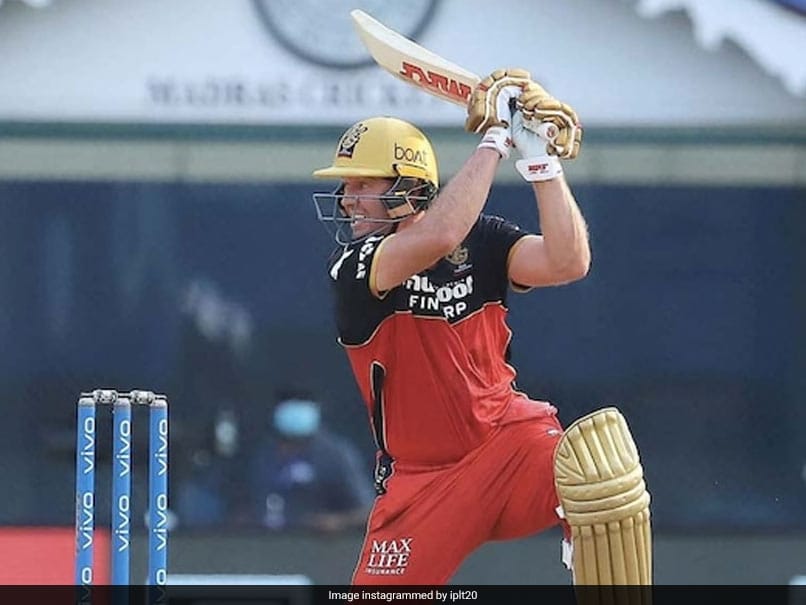 AB de Villiers might have retired from international cricket, but the star South African cricketer has been in sublime form in the 14th edition of the Indian Premier League (IPL). While fans in the past have repeatedly urged him to return to the national side, on Sunday it was Jamaican sprinter and Olympic medallist Yohan Blake who said that South Africa cricket needed him. Blake wrote: "Wow de Villiers is on a different level. South Africa, come on you need this man." De Villiers retired from international cricket back in 2018 citing workload pressure but has continued playing in franchise cricket across the globe.

Wow de Villiers is on a different level. South Africa come on you need this man. @ABdeVilliers17 @OfficialCSA

On Sunday afternoon, the right-handed genius looked in great touch, smashing 76 runs from 34 balls against Kolkata Knight Riders (KKR) and taking Royal Challengers Bangalore (RCB) to a formidable total of 204 in their quota of 20 overs.

Blake's tweet quickly got cricket fans talking about what an absolute delight it would be to see the star batsman play for the Proteas again.

A fan pointed out that the forthcoming ICC T20 World Cup is in India, and it will be great to have De Villiers back in business.

In a post-match conversation, when asked whether he was thinking of a possible return, De Villiers said it will be "fantastic" to play for South Africa again, adding that he would be speaking to coach Mark Boucher towards the late end of the IPL.

De Villiers mentioned that last year when Boucher asked him if was interested, he said, "Absolutely".

"If there's no space for me, so be it. If I can slot in there, it will be fantastic if all those things fall in place," he further said.

De Villiers has represented South Africa in 114 Tests and 228 one day internationals, scoring at an average of above 50 in both formats. He also played 78 T20s for the Proteas and has scored at a strike rate of over 135.

South Africa Cricket Team
Get the latest updates on ICC Women's Cricket World Cup 2022 and IPL 2022, check out the Schedule , Live Score and IPL Points Table. Like us on Facebook or follow us on Twitter for more sports updates. You can also download the NDTV Cricket app for Android or iOS.