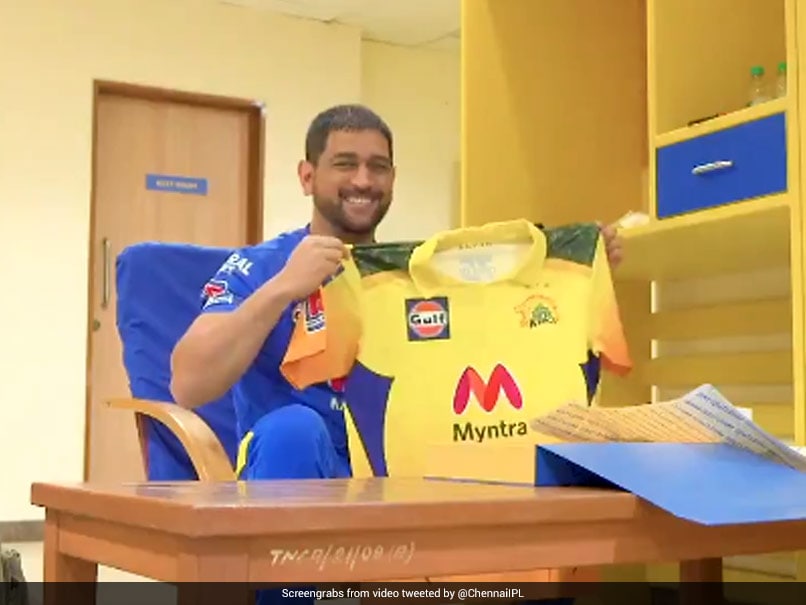 Chennai Super Kings captain MS Dhoni unveiled the team's new jersey for Indian Premier League (IPL) 2021. CSK posted a video on social media where Dhoni is seen unpacking the new jersey from a box and presenting it to the fans. "Thala Dharisanam! #WearOnWhistleOn with the all new #Yellove! #WhistlePodu" CSK posted on social media along with the video. CSK will play their first match in IPL 2021 on April 10 against Delhi Capitals in Mumbai. The three-time champions will aim to better their sixth-place finish in IPL 2020, a season where they missed out on a playoffs berth for the first time.

Dhoni is set to return to competitive cricket after emphatically declaring before CSK's last IPL 2020 match that the fixture was "definitely not" his last in the yellow jersey.

CSK will also be bolstered by the return of Suresh Raina, who had missed the last season due to personal reasons.

Raina arrived in Mumbai on Wednesday and is serving his quarantine. He posted his whereabouts in his Instagram stories.

Dhoni, who had announced his retirement from international cricket in August 2020, didn't have the best IPL with the bat last season as he managed 200 runs from 14 matches at a strike rate of 116.27 with no half-centuries.

Six venues have been chosen for the 14th edition of the league - Chennai, Mumbai, Delhi, Kolkata, Bangalore and Ahmedabad.

None of the teams will play any of their games at their home grounds. The playoffs and the May 30 final will be played in Ahmedabad.